You Can Heal Your Life The Movie DVDRip + Audiobook and eBook

If you watched ‘The Secret’, you will also enjoy ‘You Can Heal Your Life’. This stuff is so cool. You can change your life for the better more than you ever imagined! This DVD is an incredible tool for anyone who is wondering why things keep going wrong in their life; or wondering how they can make their life better. It is an amazing message from an amazing woman. It will make you think and even better, show you what to DO.

Hay House is proud to announce the debut of the first-ever film on the life and work of our much-loved founder, Louise L. Hay in You Can Heal Your Life: The Movie! Read more on next page.

END_OF_DOCUMENT_TOKEN_TO_BE_REPLACED

The only people to see the war like this were the ones who lived it. Until now…

Seventy years in the making. Three thousand hours of color footage few knew existed. The first documentary to show original color footage of World War II in immersive HD, the world premiere HISTORYTM series WWII in HD uses the journals and accounts of those who served in the war s biggest battles to create a personal, introspective and detailed look at life on and off the front lines.

Follow 12 unforgettable Americans, and experience the war through their eyes, in their own words, as it really looked and sounded. WWII in HD transforms their stirring journey into a tangible piece of history. Culled from rare color film found in a two-year worldwide search and converted to HD with meticulous technique, WWII in HD provides a picture of World War II as it has never been seen before.

END_OF_DOCUMENT_TOKEN_TO_BE_REPLACED

HBO’s “Rome” is perhaps the most awesome Roman empire and gladiators TV shows there will ever be and one of the best HBO has ever produced. The highest-rated TV show ever at 9.2 Stars at IMDb and 5 Stars at Amazon.com!

I have to say that “Rome” looks to be the best production of ancient Rome I have seen yet. Yes, Gladiator was a cool movie, but it lacked was historical accuracy. “Rome” has brought together what no one though possible: historical accuracy and unparalleled production. Ten years in the making, as lavish, sprawling, deep, dark and deviously, deliciously decadent as anything of its like, ROME combines historical figures with equally compelling fictional side characters, many of whom show us what it was like through their eyes, to bear witness to the heady rise and staggeringly shocking fall of one of the greatest empires in history. Read more on next page.

CHECK OUT TRAILER TO APPRECIATE THIS MASTERPIECE

END_OF_DOCUMENT_TOKEN_TO_BE_REPLACED

The best and most comprehensive anatomy lessons you can get your hands on! Detailed 3-Dimensional Images and Videos that show the real specimen to the tiniest detail!

The six DVDs in this remarkable and beautifully produced DVD anatomy atlas explore the fundamental structures of the Musculoskeletal System, the Head and Neck, and the Internal Organs.

CHECK OUT THE SCREENSHOTS

END_OF_DOCUMENT_TOKEN_TO_BE_REPLACED

TIRED OF LOGGING HOURS AT THE GYM AND NOT GETTING RESULTS? WANT TO EAT DELICIOUS FOODS AND STILL LOSE WEIGHT? SHAKE THINGS UP AND SLIM DOWN WITH THE WEIGHT LOSS PHENOMENON THAT’S TAKING THE COUNTRY BY STORM…ZUMBA!

Created by celebrity fitness trainer Beto Perez, Zumba combines fun, easy-to-follow dance steps with hot Latin beats to help you shed pounds and inches fast. Now the DVD and classes that have hooked millions are available in book format, with a complete workout program, fat-burning diet, and an exclusive instructional DVD with 60 minutes worth of music to help you Zumba your way to the perfect body.

END_OF_DOCUMENT_TOKEN_TO_BE_REPLACED

NOT JUST ANY COLLECTION. THIS IS ONE WITH THE MASTERS OF JAZZ – Featuring more than 40 Legendary Artists like Louis Armstrong , Billie Holiday, Count Basie, Chick Correa, Duke Ellington, Bill Evans, Ella Fitzgerald, Dizzy Gillespie, Nina Simone, George Benson and so much more. Check the Tracklist for complete details.

END_OF_DOCUMENT_TOKEN_TO_BE_REPLACED

The best Japanese comic book movie franchise ever? This is the television series that was launched due to the immense popularity of the Lone Wolf and Cub (Kozure ôkami) series of several motion pictures in Japan! This is an exceptionally well done series! Considered as one of the finest chambara ever made! This is definitely one for the collection!

Lone Wolf and Cub chronicles the story of Ogami Itto, the shogun’s executioner who uses the Dotanuki battle sword. He was disgraced by false accusations from the Yagyu clan and has been forced to take the path of the assassin. Along with his three-year-old son, Daigoro, they seek revenge on the Yagyu clan and are known as Lone Wolf and Cub. Based on the masterful manga by Kazuo Koike and Goseki Kojima. Also inspired several feature films.

END_OF_DOCUMENT_TOKEN_TO_BE_REPLACED

An awesome collection of learning videos for children and for parents.

Description of each series on next page.

END_OF_DOCUMENT_TOKEN_TO_BE_REPLACED

You need to get rid of “Ryazan” pronunciation? Just started learning the language and want to understand how to properly hear and pronounce English sounds? Then this stuff for you! These are native speakers, professionals with BBC, tell and show you how to do it correctly.

END_OF_DOCUMENT_TOKEN_TO_BE_REPLACED

A perfect crime trilogy and probably Hong Kong’s best and most outstanding movies ever made! Absolutely first-class piece of work that shows up Scorsese’s rip-off, “The Departed,” as a lame version. THESE MOVIES REPRESENT THE BEST IN ASIAN CINEMA! 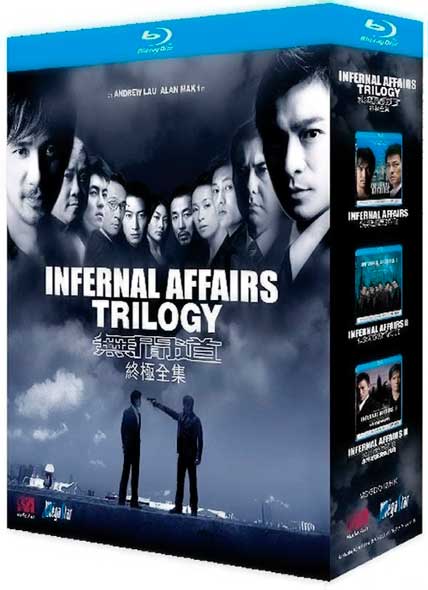 A mutli-award-winning gritty and intense crime thriller… critics everywhere have hailed INFERNAL AFFAIRS for its gritty action and international superstars. Chan Wing Yan is a hard-nosed veteran cop sent undercover to infiltrate the notorious Triad crime ring. An expert at bringing down violent syndicates, Chan thinks it’s going to be a routine mission. What he’s not prepared for is the discovery that the Triad’s boss has planted a mole in the police department … and now Chan is being hunted down. In this battle of wills, only one cop can win!

Rated 8.5 / 10 Stars at IMDB. Rare for Asian films. Synopsis of the trilogy on next page.

END_OF_DOCUMENT_TOKEN_TO_BE_REPLACED

9 hours of popular hits! 144 Greatest Hits of the 70′s! Every fan of Soul, Funk, Pop, Punk, Disco, New Wave, Ska, Glam, Classic Rock should have some ’70s music in their collection. 320kbps with 8 CD Covers – Front and Back. Tracklist on nexpt page.

END_OF_DOCUMENT_TOKEN_TO_BE_REPLACED

THE HIGHEST RATED NATIONAL GEOGRAPHIC DOCUMENTARY EVER! You have never seen World War II like this.

Thanks to the efforts of a few, private collectors and archivists, these forgotten films have been rediscovered, restored and made available by National Geographic Channel in an extraordinary six-part series: Apocalypse: The Second World War, in commemoration of the 70th anniversary of World War II. In addition to stunning footage, the series presents WWII in an innovative and provocative way, giving audiences an unprecedented sense of the reality of war not conveyed by black and white footage but in color.

THIS IS ONE GREAT DOCUMENTARY FOR COLLECTION AND SHOULD NOT BE MISSED.

Detailed description on next page.