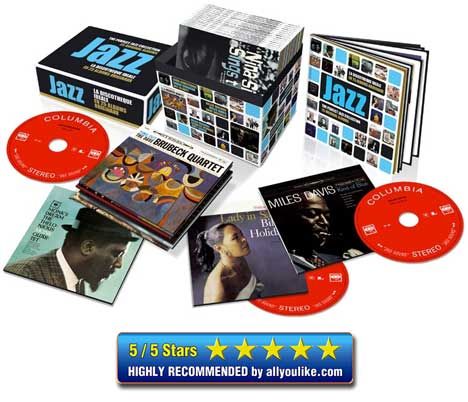 END_OF_DOCUMENT_TOKEN_TO_BE_REPLACED

Giuseppe Tornatore’s beautiful 1988 film about a little boy’s love affair with the movies deservedly won an Oscar for Best Foreign Film and a Special Jury Prize at Cannes. Philippe Noiret plays a grizzled old projectionist who takes pride in his presentation of screen dreams for a town still recovering from World War II. When a child (Jacques Perrin) demonstrates fascination not only for movies but also for the process of showing them to an audience, a lifelong friendship is struck. This isn’t just one of those films for people who are already in love with the cinema. But if you are one of those folks, the emotional resonance between the action in Tornatore’s world and the images on Noiret’s screen will seem all the greater – and the finale all the more powerful.

END_OF_DOCUMENT_TOKEN_TO_BE_REPLACED

Brain Respiration offers potent and profound methods to effect both evolutionary and revolutionary changes in human life and consciousness.

This CD contains precise and concise instructions on all key phases of Brain Respiration, including Energy Sensitivity training to the five main stages of Brain Respiration and Power Brain Training. You can follow along the whole CD or pick a specific track that you like. To awaken and stimulate the brain effectively, mostly acoustic and natural sounds were used and electronic sounds were excluded.

END_OF_DOCUMENT_TOKEN_TO_BE_REPLACED

The albums have been re-mastered by a dedicated team of engineers at EMI’s Abbey Road Studios in London over a four year period utilizing state of the art recording technology alongside vintage studio equipment, carefully maintaining the authenticity and integrity of the original analogue recordings. The result of this painstaking process is the highest fidelity the catalogue has seen since its original release.

END_OF_DOCUMENT_TOKEN_TO_BE_REPLACED

They’re the cartoons you grew up with and the ones your own kids will come to know and love. Welcome back to the wonderful, wacky world of Warner Bros. Looney Tunes, starring Bugs Bunny, Daffy Duck, Porky Pig, Road Runner and all their zany friends. Brought to life by the creative genius of Tex Avery, Chuck Jones and Friz Freleng, these classic cartoon characters are some of the best ever to grace the animated stage.

END_OF_DOCUMENT_TOKEN_TO_BE_REPLACED

“This product is fantastic! Before watching any of this, my daughter knew nothing. In less than 2 weeks, she almost has the entire alphabet down. This is very educational, and will keep their attention. I highly recommend this set. I can’t say enough about how great these are!”

END_OF_DOCUMENT_TOKEN_TO_BE_REPLACED

You can have the most Comprehensive and Best vocal method available…today!

Designed to be the “ultimate” vocal system, this is our anchor product. The purpose of the program is to take singers of any skill level through a complete vocal training course, thereby replacing the need for countless lessons. PDF file and audio files included.

END_OF_DOCUMENT_TOKEN_TO_BE_REPLACED

The most comprehensive documentary of the greatest band ever!

The Beatles were the biggest musical phenomenon of the 20th century, being largely responsible for inventing pop music as we know it. No other musical act has been as critically praised or as commercially successful.

This is indeed the most comprehensive documentary (or “rockumentary”) of the greatest band /artist of all time. Although the total length of the newly released 5-DVD box set lasts for more than 11 hours, it sure doesn’t feel like it! It doesn’t drag a bit at all, and you will be thoroughly entertained from beginning to end. This is essential, not only for all Beatles fans, but also for anyone with even a passing interest in pop/ rock music! This collection easily supersedes any previous Beatles documentaries.

END_OF_DOCUMENT_TOKEN_TO_BE_REPLACED

Filmed over nearly five years in twenty-five countries on five continents, and shot on seventy-millimetre film, Samsara transports us to the varied worlds of sacred grounds, disaster zones, industrial complexes, and natural wonders.

END_OF_DOCUMENT_TOKEN_TO_BE_REPLACED

“For more than nine hours I sat and watched a film named “Shoah,” and when it was over, I sat for a while longer and simply stared into space, trying to understand my emotions. I had seen a memory of the most debased chapter in human history. But I had also seen a film that affirmed life so passionately that I did not know where to turn with my confused feelings. There is no proper response to this film. It is an enormous fact, a 550-minute howl of pain and anger in the face of genocide. It is one of the noblest films ever made” – Roger Ebert.

Shoah is a nine-hour film completed by Claude Lanzmann in 1985 about the Holocaust (or Shoah). Though Shoah is conventionally classified as a documentary film, director Lanzmann considers it to fall outside of that genre as, unlike most historical documentaries, the film does not feature reenactments or historical footage; instead it consists of interviews with people who were involved in various ways in the Holocaust, and visits to different places they discuss.

END_OF_DOCUMENT_TOKEN_TO_BE_REPLACED

Ray Conniff – We Wish You A Merry Christmas (6 Medley Songs)

We Wish You a Merry Christmas is packed with traditional holiday tunes that Conniff and his (25) Singers wove into a series of medleys. This album has a retro studio sound, which, upon listening, may conjure up images of Lawrence Welk singers strolling the stage, dressed in matching holiday garb. Sometimes melodramatic (“Ring Christmas Bells”), other times, bright and exuberant (“Let it Snow! Let it Snow! Let it Snow!”), it’s good, clean fun for the whole family and a solid addition to any Christmas catalog. Tracklist on next page.