What do you get when you cross vegetables with classic Bible stories? You get courageous cucumbers, ambitious asparagus – you get heroes of epic proportions! VeggieTales favorites in a new collection that kids would love to have!

END_OF_DOCUMENT_TOKEN_TO_BE_REPLACED

Following the release of their fifth studio album ‘LM5’, Perrie Edwards, Jesy Nelson, Leigh-Anne Pinnock and Jade Thirlwall embarked on ‘LM5 The Tour’ in 2019, taking in 40 arenas across Europe, including Spain, Italy, Germany, Netherlands, Belgium, France, UK and Ireland. They sold over 400,000 tickets including an almighty 5 sold out shows at the 02 London. This film was recorded at the final show of the tour at London’s iconic 02 arena. In a career spanning set of nineteen songs the group perform hits such as ‘Shout Out to My Ex’, ‘Woman Like Me’, ‘Wings’ and ‘Touch’ to a crowd of over 15,000. Featuring surprise guest appearances from London legend Stormzy on ‘Power’ and long-term collaborator Kamille on ‘More Than Words’.

END_OF_DOCUMENT_TOKEN_TO_BE_REPLACED

Billy Elliot the Musical reached a whole new audience on September 28 when it was broadcast live from London’s Victoria Palace Theatre to cinemas across the UK and seven additional countries around the world, reaching number 1 at the UK cinema box office. This very special performance featured the return of Liam Mower, the first boy ever to play the role of Billy on stage, in the role of ‘Older Billy’ while 25 past and present Billys reunited for a very special mash-up finale.

END_OF_DOCUMENT_TOKEN_TO_BE_REPLACED

All the Way… A Decade of Song & Video features a stunning collection of Celine Dion’s greatest videos and live concert performances, including “That’s the Way It Is,” “The Power of Love,” and 15 other gems. This special collection also features the video of “Misled,” previously unavailable on the companion CD and cassette.

END_OF_DOCUMENT_TOKEN_TO_BE_REPLACED

Includes all 3 movies from High School Musical 1 to 3

END_OF_DOCUMENT_TOKEN_TO_BE_REPLACED

Michael Jackson’s Thriller is a 14-minute horror-themed music video for the song of the same name, released on December 2, 1983. Directed by John Landis, who also co-wrote the screenplay with Michael Jackson, the song was released from Jackson’s sixth studio album of the same name. It was MTV’s first world premiere video. Voted as the most influential pop music video of all time, Thriller proved to have a profound effect on popular culture.

END_OF_DOCUMENT_TOKEN_TO_BE_REPLACED

As the top grossing touring female artist in the history of Billboard, Madonna sure knows how to draw a crowd. Her record-breaking Rebel Heart Tour showed the Material Girl at the top of her game, taking her on a whirlwind tour of 55 cities across four continents over the course of seven months.

END_OF_DOCUMENT_TOKEN_TO_BE_REPLACED

Judas Priest, the heavy metal legends whose influence on generations of musicians and metalheads is incalculable, celebrate their 40th year as recording artists with a one night only screening in cinemas worldwide of the live concert EPITAPH. Electrifying live versions of at least one song from each of Judas Priest’s 14 classic albums from 1974 to 2008. This is a limited opportunity for fans to experience the excitement of “one of the most important and influential metal acts of all time”. Judas Priest’s current lineup comprises lead singer Rob Halford, lead guitarists Glenn Tipton and Richie Faulkner, bassist Ian Hill, and drummer Scott Travis.

END_OF_DOCUMENT_TOKEN_TO_BE_REPLACED

In this filmed adaption of the long-running musical, we see the story of Joseph, son of Jacob. The favoured son, he is betrayed by his jealous brothers and sold into slavery and driven to Egypt. Though beset with adversity, Joseph perseveres through wit and faith and becomes the governor of Egypt, second only to the Pharaoh. This all the sets the scene for when he meets his brothers who have come to Egypt to purchase food.

END_OF_DOCUMENT_TOKEN_TO_BE_REPLACED

This movie is not an ordinary movie for a concert. It is much more. We are took to see what is happening behind the scenes in a very personal way. Michael Buble – Tour Stop 148 presents a front row seat to the superstar’s phenomenally successful sold out To Be Loved Tour which concluded in 2015 and was seen globally by over two million fans.

END_OF_DOCUMENT_TOKEN_TO_BE_REPLACED

Standing in the Shadows of Motown WEBRip x264

Detroit, Michigan, 1959. Berry Gordy gathers the best musicians from the city’s thriving jazz and blues scene for his new record company: Motown. For the next 14 years these players are the heartbeat on “My Girl,” “Baby Love,” “Ooo Baby Baby,” “Bernadette,” “I Was Made To Love Her,” “I Heard It Through The Grapevine,” “Dancing In The Street,” and every other hit from Motown’s Detroit era. By the end of their phenomenal run, the unheralded group of musicians plays on more Number One hits than the Beach Boys, the Rolling Stones, Elvis Presley, and The Beatles combined, making them the greatest hit machine in the history of popular music. They call themselves the Funk Brothers. But no one knows their names…this is their story.

END_OF_DOCUMENT_TOKEN_TO_BE_REPLACED 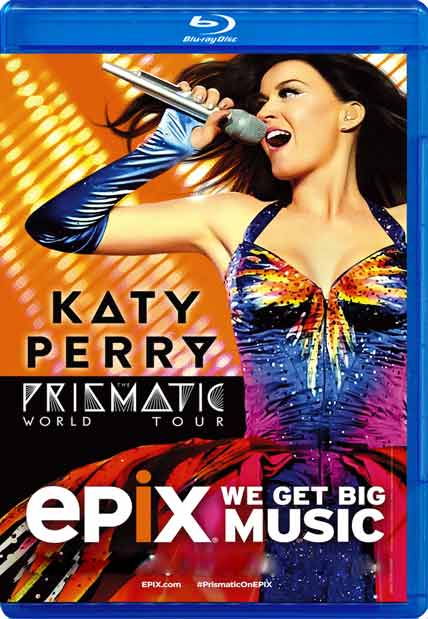 Katy Perry: The Prismatic World Tour is a sensory explosion of eye-popping theatrics and infectious pop tracks that secured Perry’s place as one of the most captivating performers working today. Directed for the stage by Baz Halpin, the tour is a collaboration with Katy that offers fans a visually stunning production that captures her fun-loving attitude and artistic appeal.