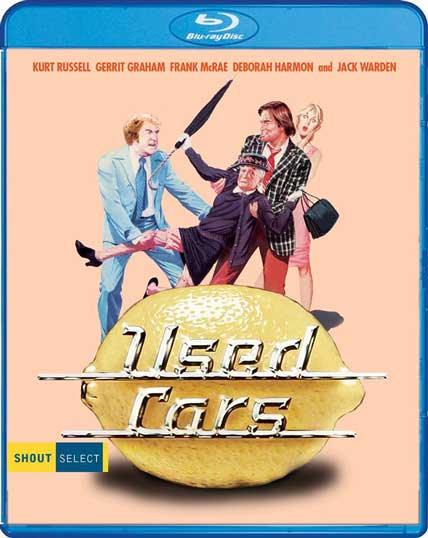 Used car salesman Rudy Russo (Kurt Russell) needs money to run for State Senate, so he approaches his boss Luke (Jack Warden). Luke agrees to front him the $10,000 he needs, but then encounters an “accident” orchestrated by his brother Roy also played by Warden, who runs the car lot across the street. Roy is hoping to claim title to his brother’s property because Roy’s paying off the mayor to put the new interstate through the area. After Luke disappears, it’s all out war between the competing car shops, and no nasty trick is off limits as Rudy and his gang fight to keep Roy from taking Luke’s property. Then Luke’s daughter shows up.

END_OF_DOCUMENT_TOKEN_TO_BE_REPLACED

Danny and Dolly meet for the first time at a bus stop, both waiting to attend their first day back at high school, but after becoming acquainted, the two decide to ditch school and explore the small town in which Dolly is brand new to, only to end up falling in love with each other after learning of the unusual, not so pretty lives that they both live.

END_OF_DOCUMENT_TOKEN_TO_BE_REPLACED

Cryptozookeepers try to capture a Baku, a dream-eating hybrid creature of legend, and start wondering if they should display these beasts or keep them hidden and unknown.

END_OF_DOCUMENT_TOKEN_TO_BE_REPLACED

A search for their missing father turns deadly when sibling adventurers find themselves viciously attacked by jungle animals. But as they fight back against the relentless onslaught they start to realize something much more sinister may be behind the attacks.

END_OF_DOCUMENT_TOKEN_TO_BE_REPLACED

Jack Malik is a struggling singer-songwriter in an English seaside town whose dreams of fame are rapidly fading, despite the fierce devotion and support of his childhood best friend, Ellie. After a freak bus accident during a mysterious global blackout, Jack wakes up to discover that he’s the only person on Earth who can remember The Beatles.

END_OF_DOCUMENT_TOKEN_TO_BE_REPLACED

Nicolas Cage reprises his role as Johnny Blaze in Ghost Rider Spirit of Vengeance. In this gritty new vision for the character, directed by Neveldine/Taylor (Crank), Johnny is still struggling with his curse as the devil’s bounty hunter – but he may risk everything as he teams up with the leader of a group of rebel monks (Idris Elba) to save a young boy from the devil… and possibly rid himself of his curse forever.

END_OF_DOCUMENT_TOKEN_TO_BE_REPLACED 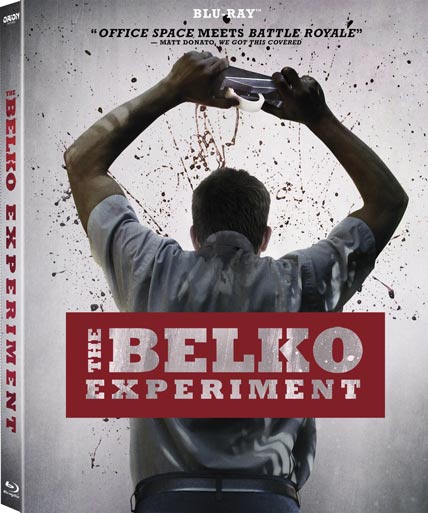 In a twisted social experiment, 80 Americans are locked in their high-rise corporate office in Bogotá, Colombia and ordered by an unknown voice coming from the company’s intercom system to participate in a deadly game of kill or be killed.

END_OF_DOCUMENT_TOKEN_TO_BE_REPLACED

Romeo Aldea (49), a physician living in a small mountain town in Transylvania, has raised his daughter Eliza with the idea that once she turns 18, she will leave to study and live abroad. His plan is close to succeeding – Eliza has won a scholarship to study psychology in the UK. She just has to pass her final exams – a formality for such a good student. On the day before her first written exam, Eliza is assaulted in an attack that could jeopardize her entire future. Now Romeo has to make a decision. There are ways of solving the situation, but none of them using the principles he, as a father, has taught his daughter.

END_OF_DOCUMENT_TOKEN_TO_BE_REPLACED

T.S. Spivet lives on a ranch in Montana with his mother who is obsessed with the morphology of beetles, his father (a cowboy born a hundred years too late) and his 14 year-old sister who dreams of becoming Miss America. T.S. is a 12 year-old prodigy with a passion for cartography and scientific inventions. One day, he receives an unexpected call from the Smithsonian museum telling him that he is the winner of the very prestigious Baird prize for his discovery of the perpetual motion machine and that he is invited to a reception in his honor where he is expected to give a speech. Without telling anyone, he sets out on a freight train across the U.S.A. to reach Washington DC. There is also Layton, the younger brother who died in an accident involving a firearm in the family’s barn, which no one ever speaks of. T.S. was with him, measuring the scale of the gunshots for an experiment, and he doesn’t understand what happened.

END_OF_DOCUMENT_TOKEN_TO_BE_REPLACED

Based on short stories from Robert Boswell’s collection, seven vignettes explore the difference between fantasy and reality, memory and history, and the joy and agony of the human condition.

END_OF_DOCUMENT_TOKEN_TO_BE_REPLACED 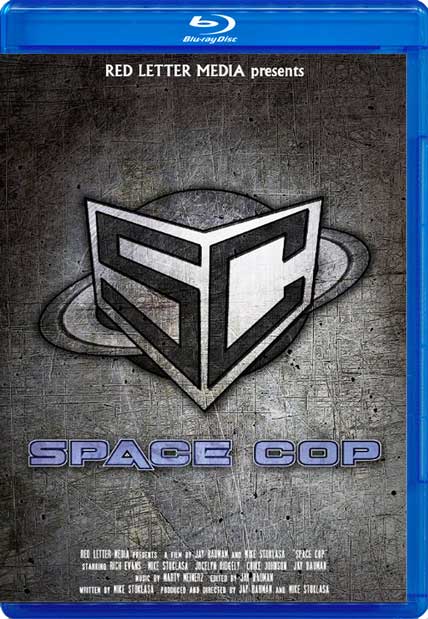 Space Cop is a sci-fi schlock comedy about a cop from the future (of space) who travels to the present, where he’s teamed up with a cryogenically frozen cop from the past who has been thawed out in the present. Out of time and out of place, these two unwitting heroes must work together to save the world from a group of renegade aliens and the re-animated brain of a mad scientist bent on global extinction.

END_OF_DOCUMENT_TOKEN_TO_BE_REPLACED

All her life Englishwoman Gladys Aylward knew that China was the place where she belonged. Not qualified to be sent there as a missionary, Gladys works as a domestic to earn the money to send herself to a poor, remote village. There she eventually lives a full and happy life: running the inn, acting as “foot inspector”, advising the local Mandarin and even winning the heart of mixed race Captain Lin Nan. But Gladys discovers her real destiny when the country is invaded by Japan and the Chinese children need her to save their lives. Based on a true story.