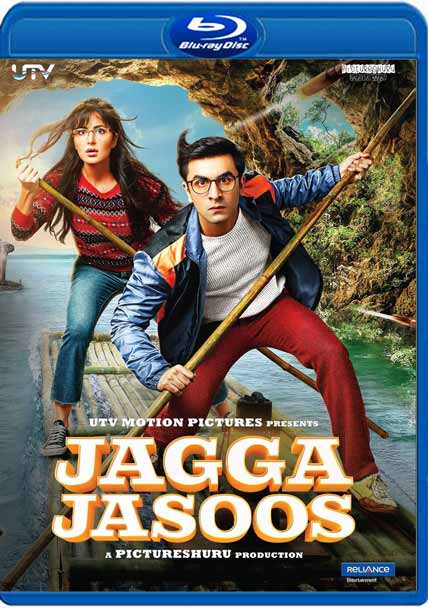 Join Jagga, a gifted teenage detective, who along with a female companion, is on a quest to find his missing father.

END_OF_DOCUMENT_TOKEN_TO_BE_REPLACED

Ten years on from the events of Monsters, and the ‘Infected Zones’ have now spread worldwide. In the Middle East a new insurgency has begun. At the same time there has also been a proliferation of Monsters in that region. The Army decide to draft in more numbers to help deal with this insurgency.

END_OF_DOCUMENT_TOKEN_TO_BE_REPLACED

One of the best of all comedies and also a very poignant study of male life! Laugh-out-loud funny! You don’t need to be a John Cusack fan to enjoy High Fidelity, nor do you need an overt appreciation of music, the film is a highly humorous, poignant and informative look at men, relationships and love.

High Fidelity follows the ‘mid-life’ crisis of Rob, a thirty-something record-store owner who must face the undeniable facts – he’s growing up. In a hilarious homage to the music scene, Rob and the wacky, offbeat clerks that inhabit his store expound on the intricacies of life and song all the while trying to succeed in their adult relationships. Are they listening to pop music because they are miserable? Or are they miserable because they listen to pop music? This romantic comedy provides a whimsical glimpse into the male view of the affairs of the heart.

END_OF_DOCUMENT_TOKEN_TO_BE_REPLACED

New York City is subsumed in arctic winds, dark nights, and white lights, its life unfolds, for it is an extraordinary hive of the imagination, the greatest house ever built, and nothing exists that can check its vitality. One night in winter, Peter Lake (Colin Farrell), orphan and master-mechanic, attempts to rob a fortress-like mansion on the Upper West Side. Though he thinks the house is empty, the daughter of the house is home. Thus begins the love between Peter, a middle-aged Irish burglar, and Beverly Penn (Jessica Brown Findlay), a young girl, who is dying.

END_OF_DOCUMENT_TOKEN_TO_BE_REPLACED

Chinese disaster film based on events surrounding the 1976 earthquake in Tangshan, which took the lives of 240,000 people. In the aftermath of the devastating quake, a widowed seamstress (Xu Fan) must choose which of her brother-and-sister twins will be saved after rescuers find them pinned down by a single concrete block. She chooses her son, Fang Dan (Chen Li), unaware that her daughter Fang Deng (Jingchu Zhang) has in fact also survived the ordeal. The film then follows the divergent lives of the two siblings from this point until their eventual reunion in the Sichuan earthquake of 2008.

END_OF_DOCUMENT_TOKEN_TO_BE_REPLACED

University students, Feng (Tsao Yuning), Victory (Carlos Chan), Mei Qi, Xiaoyu and Ali, are assigned to do special research in The Moral Education College during summer vacation. The school has been occupied by the Japanese to do cruel human experiments, they found an alumni records about ghost experience, and also found that some girls was mysterious disappeared. A staff of the school, Miss Fang (Esther Huang) led them to know the environment, then a chain of strange things happened in that evening, and finally they are forced to flee to a century-old tree, unexpectedly they saw the Principal of the college dig out some bones unconsciously under the tree. Are the bones and all the strange things related? Can the 5 people go out of the school safely?

END_OF_DOCUMENT_TOKEN_TO_BE_REPLACED

In the action-comedy 30 Minutes or Less, Nick (Jesse Eisenberg) is a small town pizza delivery guy whose mundane life collides with the big plans of two wanna-be criminal masterminds (Danny McBride and Nick Swardson). The volatile duo kidnaps Nick and forces him to rob a bank. With mere hours to pull off the impossible task, Nick enlists the help of his ex-best friend, Chet (Aziz Ansari). As the clock ticks, the two must deal with the police, hired assassins, flamethrowers, and their own tumultuous relationship.

END_OF_DOCUMENT_TOKEN_TO_BE_REPLACED

Good policing doesn’t necessarily mean doing everything by the book. But as the business of crime in London turns to favour the Albanians and Turks, how does a “good” policeman survive?

END_OF_DOCUMENT_TOKEN_TO_BE_REPLACED

A fast-living, cynical London music executive (Danny Mays) heads to a remote Cornish village on a stag weekend where he s pranked by his boss (Noel Clarke) into trying to sign a group of shanty singing fishermen (led by James Purefoy). He becomes the ultimate fish out of water as he struggles to gain the respect or enthusiasm of the unlikely boy band and their families (including Tuppence Middleton) who value friendship and community over fame and fortune. As he s drawn deeper into the traditional way of life he s forced to re-evaluate his own integrity and ultimately question what success really means.

END_OF_DOCUMENT_TOKEN_TO_BE_REPLACED

Forget what you know about the clichés of online predators. Go ahead and go into this movie with a preconceived notion on its premise. This movie will baffle you on how complex the human spirit is. Yes, the girl meets a guy older than her from the Internet across the country. But no, it will be nothing of what you think the outcome will be.

A suburban family is torn apart when fourteen-year-old Annie (Liana Liberato) meets her first boyfriend online. After months of communicating via online chat and phone, Annie discovers her friend is not who he originally claimed to be. Shocked into disbelief, her parents (Clive Owen and Catherine Keener) are shattered by their daughter’s actions and struggle to support her as she comes to terms with what has happened to her once innocent life.

END_OF_DOCUMENT_TOKEN_TO_BE_REPLACED

Caesar and his apes are forced into a deadly conflict with an army of humans led by a ruthless Colonel. After the apes suffer unimaginable losses, Caesar wrestles with his darker instincts and begins his own mythic quest to avenge his kind. As the journey finally brings them face to face, Caesar and the Colonel are pitted against each other in an epic battle that will determine the fate of both their species and the future of the planet.

END_OF_DOCUMENT_TOKEN_TO_BE_REPLACED

Filmmaker Sandra Sciberras offers up both thrilling sci-fi action and intense viral horror when a mysterious alien parasite infects the residents of a small outback town, turning the inhabitants into crazed killers. One by one the residents of a small, isolated town become infected by an insidious bug that turns them into violent, indiscriminate killing machines. As the numbers of uninfected dwindle, the survivors must band together and find help if they hope to expel the parasite from their loved ones and survive the night.