In the early 1980s, an armed rebellion breaks out in the fictional Middle Eastern kingdom of Asran. Fighter pilots from all over the world are being hired as mercenaries, or even shanghaied on occasion, by both sides of the conflict to fly and fight for them. One of the locations where Asran’s government sends its mercenaries is Area 88, a secret military airbase surrounded by desert and close to the frontline, where they must live and can never leave it. Since every pilot has his or her own unique fighter jet, the airbase often looks like it’s hosting an exhibition of various real-life fighter planes from all over the world. There are only three ways for a government-hired mercenary pilot to quit this war – complete a three year contract as a mercenary, pay a fine of one and a half million US dollars, which is an improbable but not impossible feat, since every confirmed kill can bring up to 75 grand in rewards to the pilot responsible, or try to escape, although desertion is punished.

END_OF_DOCUMENT_TOKEN_TO_BE_REPLACED 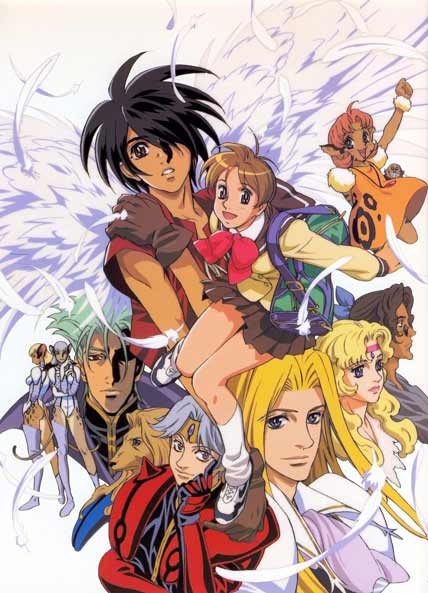 Hitomi is a girl with psychic abilities who gets transported to the magical world of Gaea. She and her friends find themselves under attack from the evil Zaibach empire, and the Guymelf Escaflowne provides the key to it all.

END_OF_DOCUMENT_TOKEN_TO_BE_REPLACED

When the first Evangelion feature, Death and Rebirth, proved no more satisfying than the last episodes of the original series, Hideaki Anno brought his watershed epic to its conclusion in this final installment. End of Evangelion begins where the series ended: with the Angels defeated, the sinister cabal SEELE attacks NERV headquarters to seize the Evas and realize their plan for humanity. Misato and Ritsuko fight from inside while Asuka decimates a new Eva series. But when Rei merges with Lilith, and Shinji seems to fuse with Unit 01, the final traces of a coherent storyline dissolve into a protracted collage of fantastic images, played against discussions involving Rei, Shinji, Asuka, and Kaoru. Anno’s dazzling apocalyptic vision forms a weird but oddly logical finale that ultimately means whatever the viewer chooses to read into it.

END_OF_DOCUMENT_TOKEN_TO_BE_REPLACED

Genki is a young teen boy who gets zapped into an alternate world called Monster Rancher (Monster Farm in the Japanese version) where he must stop the evil Moo which can only be done by reviving the Phoenix, along his journey he befriends new Monsters and a girl named Holly.

END_OF_DOCUMENT_TOKEN_TO_BE_REPLACED

Every year the citizens of Fura City celebrate a Wind Festival. Where people live together with the wind. Long Ago, on the final day of the festival the Legendary Pokemon Lugia and bestow the blessings of the wind upon the people. This Film Focuses on Everyone’s Story. from Lisa, a high school girl who is just starting out as a Pokemon trainer, to Karachi, a guy who can’t stop lying to Torito, a researcher who lacks confidence in himself, to Hisui, an old lady who hates touching Pokemon, and Rarugo, a mysterious young girl who watches over the forest by herself.

END_OF_DOCUMENT_TOKEN_TO_BE_REPLACED

A young priestess has formed her first adventuring party, but almost immediately they find themselves in distress. It’s the Goblin Slayer who comes to their rescue—a man who’s dedicated his life to the extermination of all goblins, by any means necessary. And when rumors of his feats begin to circulate, there’s no telling who might come calling next…

END_OF_DOCUMENT_TOKEN_TO_BE_REPLACED

A young girl had her voice magically taken away so that she would never hurt people with it, but her outlook changes when she encounters music and friendship.

END_OF_DOCUMENT_TOKEN_TO_BE_REPLACED 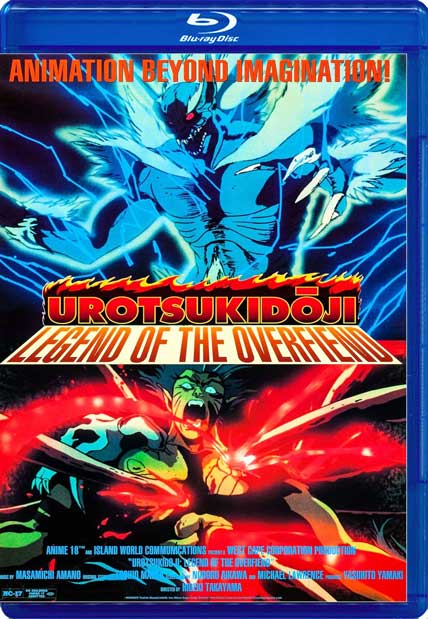 When Overfiend is found and born in a human, he will remake the world to something more of his liking! Ripping the boundaries of the three universes (worlds) apart, it’s clear that little can stand in his way! While the other worlds are hoping to find the Overfiend to control the creation of this new World we call Earth.

END_OF_DOCUMENT_TOKEN_TO_BE_REPLACED

Humanity is under attack by human-mimicking flesh-eating alien parasites. One parasite bonds with his young high school student host, and he convinces the parasite to help him stop the others.

END_OF_DOCUMENT_TOKEN_TO_BE_REPLACED

The humanity is suffering from murders all over the globe, called “Mincemeat murders”. High school student, Izumi Shinichi has a parasite living off him, having replaced his right hand, and he might be the discoverer of truth.

END_OF_DOCUMENT_TOKEN_TO_BE_REPLACED

A planet destroyed, a powerful race reduced to nothing. After the devastation of Planet Vegeta, three Saiyans were scattered among the stars, destined for different fates. While two found a home on Earth, the third was raised with a burning desire for vengeance and developed an unbelievable power. And the time for revenge has come. Destinies collide in a battle that will shake the universe to its very core! Goku is back to training hard so he can face the most powerful foes the universes have to offer, and Vegeta is keeping up right beside him. But when they suddenly find themselves against an unknown Saiyan, they discover a terrible, destructive force.

END_OF_DOCUMENT_TOKEN_TO_BE_REPLACED

In the far future, man has destroyed the Earth in the “Seven Days of Fire”. Now, there are small pockets of humanity that survive. One pocket is the Valley of Wind where a princess named Nausicaä tries to understand, rather than destroy the Toxic Jungle.