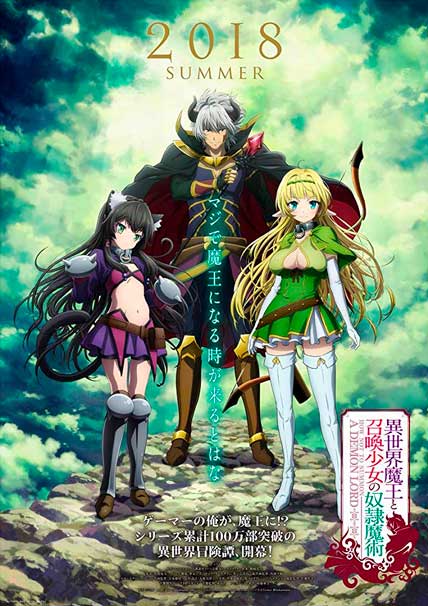 Sakamoto Takuma was so strong in the MMORPG Cross Reverie that his fellow players came to call him the “demon lord.” One day, he gets summoned to another world in his avatar form, and meets two girls who both insist that they’re the one who summoned him. They cast a spell used to enslave summoned beasts on him, but that activates his unique ability, Magic Reflect, and the girls end up being the ones put under the spell! And thus begins the otherworldly adventure of a demon lord (pretend) who blazes his own trail through overwhelming power.

END_OF_DOCUMENT_TOKEN_TO_BE_REPLACED

Mato Kuroi just got into junior high school, and on the first day, someone catches her eye; her classmate Yomi Takanashi. The two meet. The innocent and naive Mato, the mature Yomi. Seemingly opposites, but the time they spend together only strengthens a growing friendship. But as they go into their second year at the school, they get placed in separate classes, and they begin to grow apart. But somewhere simultaneously, in another world, a young girl, blue fire in her eyes, Black Rock Shooter faces another young girl; this one holding a jet-black scythe, Dead Master, and a battle to the death begins to unfold.

END_OF_DOCUMENT_TOKEN_TO_BE_REPLACED

In the 1920’s era Italian air pirates, bounty hunters and high fliers of all sorts rule the skies. The most cunning and skilled of these is Porco Rosso, a bush pilot who just happens to look like a humanoid pig. A former Ace, he now makes a living flying contract jobs, such as rescuing those kidnapped by air pirates. A man named Donald Curtis, Porco’s rival in the air and in catching the affections of women, provides a constant challenge to the hero, culminating in a hilarious, action packed finale.

END_OF_DOCUMENT_TOKEN_TO_BE_REPLACED

The Batman has returned after a 10-year absence. The Gotham authorities want to arrest him. An old foe wants a reunion. The Feds want the Man of Tomorrow to put a stop to him.

END_OF_DOCUMENT_TOKEN_TO_BE_REPLACED

This movie takes place in a distant future, and is the story of a the young cyborg Gally, who is found on a scrapheap by the Cyberdoctor Daisuke Ido, who rebuilds her and becomes her surrogate father. Gally has no memory of her past, but soon displays remarkable fighting skills. She starts working as a bounty hunter and meets a young boy Yugo, who has the impossible dream of going to Zalem. A giant satellite floating above the city. Not realising that Yugo’s dream can only end in misery Gally sets out to help him.

END_OF_DOCUMENT_TOKEN_TO_BE_REPLACED 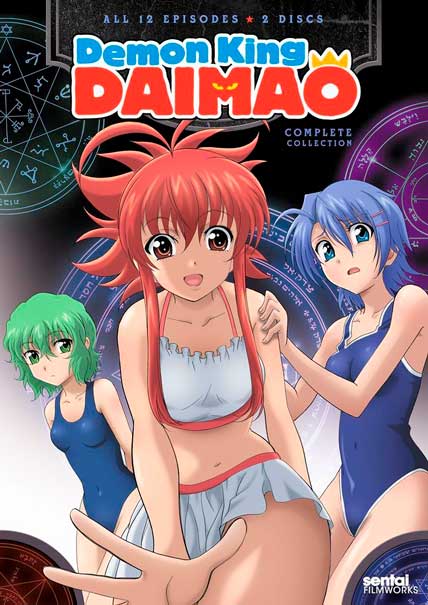 Demon King Daimao follows Akuto Sai as the lead character, who on the day he enters Constant Magic Academy, receives a very unexpected future occupation aptitude test result: “Devil King”. One of the most promising students of the Wizard academy takes a career assessment test and the results say that he’ll become a demon king. The students treat him differently after this, but the female android is still in love with him.

END_OF_DOCUMENT_TOKEN_TO_BE_REPLACED

When she hears a strange song from a crystal radio, Asuna tunes into more than just a magical stream of music. Soon, she is transported to a mysterious world where mythical beasts roam and brave warriors fight for their lives. Agartha is a land of breathtaking beauty and unimaginable danger-a place where, it is believed, even the dead can be brought back to life. But at what cost? Children Who Chase Lost Voices is a spellbinding new work from Japanese visionary Makoto Shinkai, who amazed audiences the world over with Voices of A Distant Star and 5 Centimeters per Second. Now, with Children, Shinkai affirms his place as one of animation’s most original voices.

END_OF_DOCUMENT_TOKEN_TO_BE_REPLACED

The first feature-length film from the acclaimed studio TRIGGER, Promare uses a bold cel-shaded visual style to tell a blistering action-adventure story, and is the spiritual successor to many of director Imaishi’s former works. Thirty years have passed since the appearance of the Burnish, a race of flame-wielding mutant beings, who destroyed half of the world with fire. When a new group of aggressive mutants calling themselves Mad Burnish appears, the epic battle between Galo Thymos, a new member of the anti-Burnish rescue team Burning Rescue, and Lio Fotia, the leader of Mad Burnish begins.

END_OF_DOCUMENT_TOKEN_TO_BE_REPLACED

One of the best anime films ever made and taking more than 7 years to be completed… Get ready for something very special, very different, and insanely exhilarating! This is probably the most insanely exciting, visually exhilarating anime film you’ve seen in decades!

Redline is about the biggest and most deadly racing tournament in the universe. Only held once every five years, everyone wants to stake their claim to fame, including JP, a reckless dare-devil driver oblivious to speed limits with his ultra-customized car – all the while, organized crime and militaristic governments want to leverage the race to their own ends. Amongst the other elite rival drivers in the tournament, JP falls for the alluring Sonoshee – but will she prove his undoing, or can a high speed romance survive a mass destruction race?

END_OF_DOCUMENT_TOKEN_TO_BE_REPLACED

A benchmark series in the history of anime, Hideaki Anno’s Neon Genesis Evangelion is one of the most widely discussed in anime. It’s not the first series to combine mecha (futuristic machines, especially robots) with theology and a character-driven story, but it does so exceptionally well.

The story is set in 2015, 15 years after a cataclysmic explosion in Antarctica that caused the ice cap to melt, killing a large portion of the Earth’s population. Although it was reported as a meteor impact, the explosion was caused by human interaction with Adam, the first of a series of powerful, sentient creatures known as “Angels” to appear on Earth. To defend against their depredations, humans rely on NERV, a secret agency dedicated to destroying the Angels with their gargantuan robot suits called Evas. Only teenagers with special psychic powers can pilot the Evas, and the best pilot is the repressed 14-year-old Shinji Ikari, who is a more interesting, believable character than standard mecha pilots.

END_OF_DOCUMENT_TOKEN_TO_BE_REPLACED

A teenage girl finds that she has the ability to leap through time. With her newfound power, she tries to use it to her advantage, but soon finds that tampering with time can lead to some rather discomforting results.

END_OF_DOCUMENT_TOKEN_TO_BE_REPLACED

In Tokyo, the shy student Kaneki Ken dates the girl Kamishiro Rize and while in a lonely park, she attacks him since she is a flesh-eater ghoul. Kaneki escapes but soon he learns that he has become a ghoul. He befriends a group of peaceful ghouls and tries to live his new life with them. However they are hunted down by relentless two police officers from the Ghoul Division in charge of eradicate ghouls from their district.