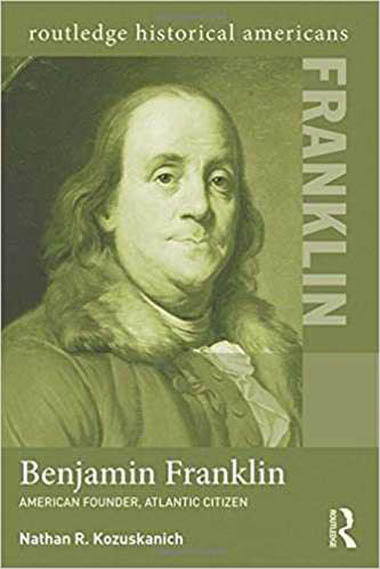 Known for his influential role in the debates that established the founding documents of the United States, Benjamin Franklin was not only an astute politician, but also an Atlantic citizen whose commitment to the American cause was informed by years spent in England and France. The life of this iconic founder provides an ideal opportunity for students to take a closer look at eighteenth century colonial society and the contested formation of the early American nation.
In this carefully contextualized account, Nathan R. Kozuskanich considers the many facets of Franklin’s private and public lives, and shows how Franklin grappled with issues that still concern us today: the right to bear arms, the legacy of slavery, and the nature of American democracy. In a concise narrative bolstered by supporting primary documents, introduces students to the world of the burgeoning United States and enables them to understand the journey from imperial colonies to an independent nation dedicated to the premise that all men are created equal.