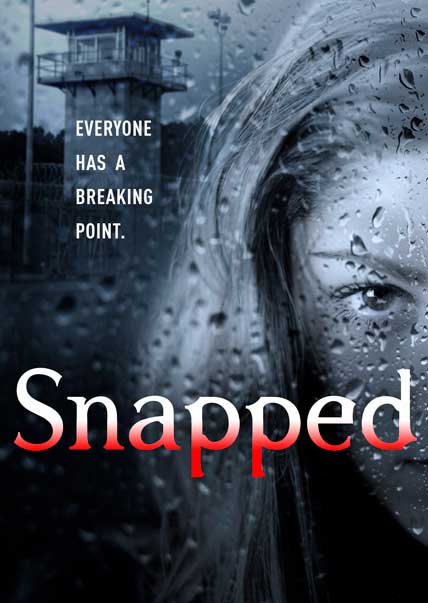 Each year, approximately 16,000 people are murdered in the United States. 7% of the killers are female. Who are these women and what drives them to kill? From socialites to secretaries, female killers share one thing in common: at some point, they all snapped. Each episode of Snapped chronicles the life of a woman who has been charged with murder. These shocking but true stories turn common assumptions about crime and criminals upside down, and prove that even the most unlikely suspects can be capable of murder.

Season 30, Episode 01 – “Angel Brown”
After a father’s life is tragically cut short in a car accident, the events that follow force Ohio investigators to race against the clock to prevent a murder-for-hire plot before it’s too late.

Season 30, Episode 02 – “Mary Ann Hughes”
An investigation quickly turns cold in rural Tennessee when the body of a small-town farmer and businessman is found near a trash pile. But when the case is reopened over 25 years later, will advances in technology finally help close this cold case?

Season 30, Episode 03
When a family dispute turns violent and results in the death of an Oregon man, detectives must sort through a cast of characters to uncover the leading lady at the center of the crime.

Season 30, Episode 04 – “Linda Dancer”
The case of a beloved Kenosha social worker’s murder resurfaces nearly a decade after leads run dry when an odd call from another state reveals the gruesome truth about a vengeful pack of killers.

Season 30, Episode 05 – “Theresa Ramirez”
When a beloved plastic surgeon and his office manager are gunned down at work, detectives chase down several leads until they uncover one suspect hiding malicious intent.

Season 30, Episode 06 – “Lori Isenberg”
The search for a missing boater on Lake Coeur d’Alene turns sinister after a local newspaper uncovers a shocking story, forcing residents of this peaceful lake town to question their own neighbors.

Season 30, Episode 07 – “Daisy Gutierrez”
A haunting text message leaves the family of a missing young man desperate for answers. As Chicago detectives work through multiple theories, they eventually unearth the shocking truth to his sudden disappearance.

Season 30, Episode 08 – “Claudia Hoerig”
After an Air Force pilot is found shot to death in his Ohio home, authorities embark on an international manhunt that spans over a decade to bring the fugitive to justice.

Season 30, Episode 09 – “Ciera Harp”
Just as detectives investigating the death of an Atlanta based rapper are closing what appears to be a domestic dispute case, they are faced with horrifying evidence planted by the victim seconds before his death.

Season 30, Episode 10 – “Lisa Dolph Hostetter”
When a young woman is found mysteriously gunned down off a remote highway, Michigan detectives look into the victim’s past for answers, uncovering a scandalous web of infidelity and betrayal.

Season 30, Episode 11 – “Melanie Eam”
The investigation of a young gamer’s murder begins with his mother’s heartbreaking 911 call but when detectives find a clue inside evidence left at the crime scene, the case turns into a multi-state search for a heartbroken suspect.

NO RELEASE FOR EPISODE 12 YET

Season 30, Episode 13 – “Sheila Grahm-Trott 540p”
After a psychic dream leads detectives in Florida to the body of a missing nurse, the ensuing investigation uncovers a series of brutal betrayals.

Season 30, Episode 14 – “Sarah Mitchell”
When a firebomb attack destroys the home of two sisters, police turn to the neighborhood for answers, but the high-profile case takes an odd turn once detectives realize they have a homicide on their hands and the culprit is much closer to home.

Season 30, Episode 15 – “Candy Montgomery”
After a young Texas teacher is found, in what appears to be a scene from a horror movie, having been axed to death on Friday the 13th, investigators work to uncover the truth behind a local church scandal in order to pin down a most unlikely suspect.