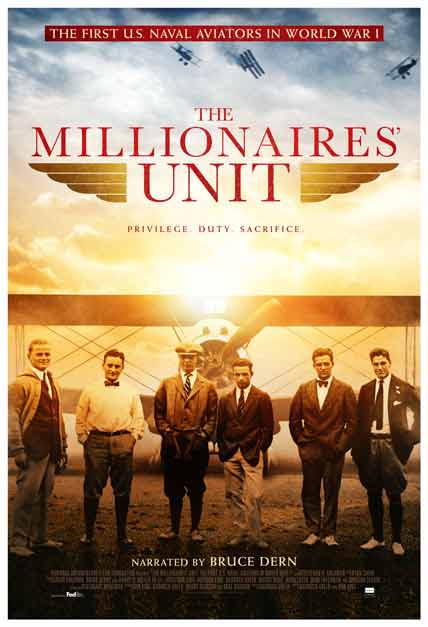 The Millionaires’ Unit – U.S. Naval Aviators in the First World War tells the dramatic, true story of a group of Yale college students who took the initiative to learn to fly in preparation for America’s entry into the Great War. Narrated by Academy Award-nominated actor Bruce Dern (grandnephew of one of the aviators), and filmed in the U.S., England, France, Belgium and New Zealand, the film charts the romantic, little-known story of the origins of American airpower and features thrilling dogfighting sequences filmed air-to-air with original WW1 planes. One hundred years ago these daring young men became the first to fly for the United States in WW1, some of them making the ultimate sacrifice.