In the First Circle AudioBook and eBook The Manual What Women Want and How to Give It to Them by W. Anton
May 05 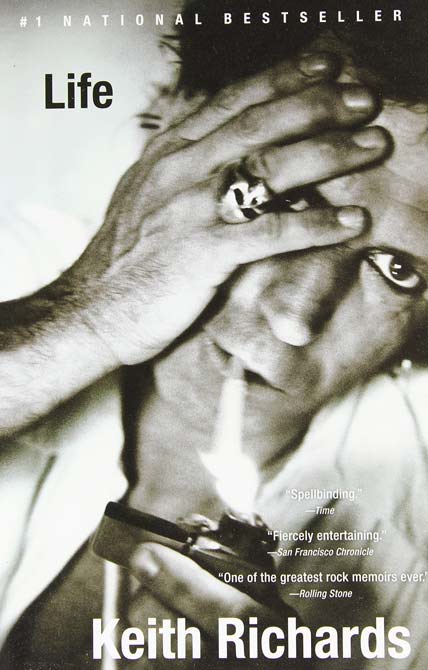 As lead guitarist of the Rolling Stones, Keith Richards created the riffs, the lyrics, and the songs that roused the world. A true and towering original, he has always walked his own path, spoken his mind, and done things his own way.

Now at last, Richards pauses to tell his story in the most anticipated autobiography in decades. And what a story! Listening obsessively to Chuck Berry and Muddy Waters records in a coldwater flat with Mick Jagger and Brian Jones, building a sound and a band out of music they loved. Finding fame and success as a bad-boy band, only to find themselves challenged by authorities everywhere. Dropping his guitar’s sixth string to create a new sound that allowed him to create immortal riffs like those in “Honky Tonk Woman” and “Jumpin’ Jack Flash”. Falling in love with Anita Pallenberg, Brian Jones’s girlfriend. Arrested and imprisoned for drug possession. Tax exile in France and recording Exile on Main Street. Ever-increasing fame, isolation, and addiction, making life an ever faster frenzy. Through it all, Richards remained devoted to the music of the band, until even that was challenged by Mick Jagger’s attempt at a solo career, leading to a decade of conflicts and ultimately the biggest reunion tour in history.

In a voice that is uniquely and unmistakably him – part growl, part laugh – Keith Richards brings us the truest rock-and-roll life of our times, unfettered and fearless and true.