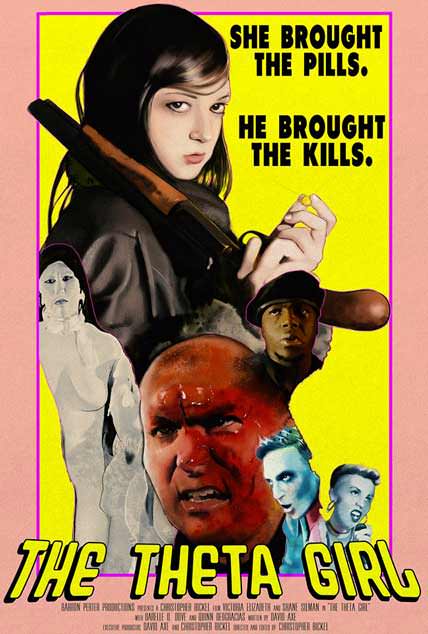 Gayce, a take-no-shit young woman, deals a hallucinogenic drug called “theta,” facilitating an audience for her friends’ all-girl rock band. When Gayce’s friends are brutally murdered, she must solve the mystery behind the murders and protect herself from the killer. She discovers the connections between theta and the murders – and learns a terrifying truth. That the world — indeed her whole reality — is not as it seems.