When a hotrod girl finds a mysterious letter dating back to the fifties hidden in her roadster, she is left with nothing but questions… She sets out to find the answers and retrace her deuce’s troubled past. Who is Johnny Callaway? But will learning the truth make a difference and can a broken man ever get a second chance at a happiness long forgotten? Fast hotrods, cool cats, gravity defying swing dancing and rockin’ retro music all serve as a colorful backdrop to this heartfelt, inspiring story. Discover an underground scene where counter culture is in, old school is cool and nostalgia forever reigns.

END_OF_DOCUMENT_TOKEN_TO_BE_REPLACED

The Wizard of Gore Unrated DVDRip

Abracadabra… It’s Gore, Sex, & Magic. It’s evil that will crawl under your skin.

Montag the Magnificent (Glover) is a master illusionist who performs at underground venues, selecting female volunteers from his rave-like audiences. To their hysteria, it appears he’s dismembered their bodies, but his sleigh of hand has fooled them. However, female bodies show up dead from the same wounds performed on stage. Investigators are baffled, and the chase to find the killer begins.

END_OF_DOCUMENT_TOKEN_TO_BE_REPLACED 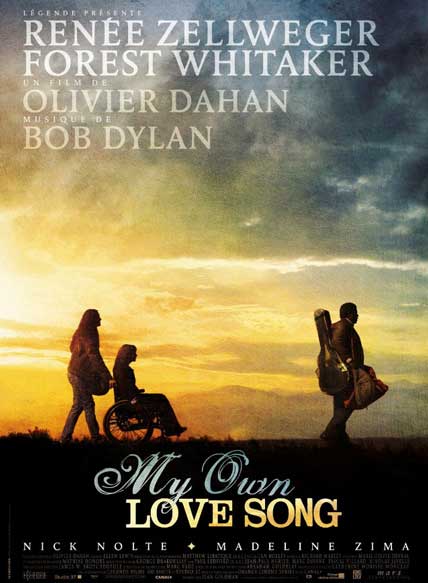 A wheelchair-bound singer and her best friend embark on a roadtrip to Memphis. Two lost souls go on a journey to discover themselves again. This movie is part of the “nouvelle vague” in cinema, a more evolved and profound cinema, with deep undergrounds of humanity and courage, with tranquility of sharing and understanding. The analogy with the Wizard of Oz is obvious, since that is where this movie got its roots: three people experiencing different kinds of losses, two of them from Kansas, on a trip to discover the answers they long for – answers they will eventually find in themselves.

END_OF_DOCUMENT_TOKEN_TO_BE_REPLACED

As our world expands to include the entire galaxy everyone rushes to claim their own piece of this new world and thousands of colonies arise. With no core government, rogue colonies begin to wreak havoc and without a centralized army to protect the innocent peace is all but lost. Now at the end of mankind s greatest battle, empires will crumble, alliances will form, enemies will rise, and heroes will fall.

END_OF_DOCUMENT_TOKEN_TO_BE_REPLACED

After super-villain Megamind (Ferrell) kills his good-guy nemesis, Metro Man (Pitt), he becomes bored since there is no one left to fight. He creates a new foe, Titan (Hill), who, instead of using his powers for good, sets out to destroy the world, positioning Megamind to save the day for the first time in his life.

END_OF_DOCUMENT_TOKEN_TO_BE_REPLACED

Champion competitive marksman Ken comes across an armored van robbery. He sees a policeman held hostage and shoots and kills four of the robbers. One of the robbers escapes and the policeman survives. The case is handled by Jerry Chang, whom Ken knows from having recently beaten him in a shooting match. Ken is found not guilty in court. Soon after, Ken is attacked by the escaped robber Pang Tao. Their confrontation reveals a very different background story and brings about a myriad of lies and traps and changes in relationships as Jerry and Ken try to outsmart each other.

END_OF_DOCUMENT_TOKEN_TO_BE_REPLACED

This was a beautiful little film that that plays out like one Truffaut’s Antoine Donielle films. Not only is it the perfect prequel to (the wonderful) “The Darjeeling Limited”, but it is a self-contained simple and moving story.

This whole “New Wave” feeling is a departure from Wes Anderson’s usually theatrical and highly-stylized film making. It suits him well. Don’t get me wrong, Rushmore is one of my favorite films and the Royal Tannenbaums is fantastic, but I am really digging this new naturalistic style Anderson is applying to his new films and cannot wait to see what he does next.

Shwartzman is a wonderful actor who never ceases to entertain. and Natalie Portman gives honest and touching performance.

END_OF_DOCUMENT_TOKEN_TO_BE_REPLACED

Dateline the future… Phoenix is a domed city surrounded by a horrifying wasteland. Humans are in short supply so androids that look exactly like humans do most of the work. Our mullet wearing hero loses his job to an android and he finds himself on the run through the wasteland handcuffed to an one.

END_OF_DOCUMENT_TOKEN_TO_BE_REPLACED

When three married men decide to step out on their marriages they get more than they bargained for. As each settle into lustful and emotional affairs with their mistresses, they soon find that infidelity has unpredictable and devastating consequences. Betrayal, hypocrisy, racism and several other matters surface as MARRIED MEN AND SINGLE WOMEN come together.

END_OF_DOCUMENT_TOKEN_TO_BE_REPLACED

Hackers Are People Too DVDRip

This movie blew me away. I was so impressed that it kept me riveted since I was so unfamiliar with the subject matter. And that’s what a good film is supposed to do: grab your attention and keep your attention.

Hacking vindicated! Within the computing, hobbyist, creative design, and invention communities, as elsewhere, hacking has always been a positive thing, but the media and the less than knowledgeable computer security community co-opted the term and the concept, and the media embraced it because it was easier to tell than the truth. But now the misnomer has been torn away by the honesty of a new filmmaker, Ashley Schwartau, who has taken the direct approach to getting at the truth. Observe and ask the people involved. And the truth looks more like students in engineering school and their adult counterparts who never gave up the vision of rugged individualism combined with a sense of community that brought the world out of ignorance and into the information age. Enlighten yourself, and watch this movie. Then send your kids to join the industrious, interested, amazed, joyous, freeing crowd of investigative inventors in the Internet and elsewhere.

END_OF_DOCUMENT_TOKEN_TO_BE_REPLACED

The Fighter, is a drama about boxer “Irish” Micky Ward’s unlikely road to the world light welterweight title. His Rocky-like rise was shepherded by half-brother Dicky, a boxer-turned-trainer who rebounded in life after nearly being KO’d by drugs and crime.

END_OF_DOCUMENT_TOKEN_TO_BE_REPLACED

Peter Mullan’s angry, uncontained new film, his first for eight years, is set in a 1970s Glasgow as alien and menacing as the futureworld of Kubrick’s droogs in A Clockwork Orange. I first reported on it at the London film festival last year; just as before, it looks like an intensely personal project infused with passion and semi-resolved hurt. It’s arguably too long and there’s a touch of self-mythologising but with compelling flashes of rage and nauseous black comedy, and some brilliant and bizarre images – a gruesome encounter with the crucified Christ and an hallucinatory walk with wildlife.