This heartwarming movie tells the story of a local war hero whose son goes off to war. His new wife brings Christian, his first son, in to the world while the young hero is away at war earning medals for valor. However, the tragedy that ensues on a cruel battlefield will change everyone’s life forever as Tom Revere is laid to rest giving his ultimate sacrifice for freedom. Fourteen years pass and the young baby grows to be a teenager (Christian Revere) who, with his mother (Carrie Revere), comes back to the small town of Mount Columbus nestled in the Rocky Mountains during the holiday season to be with his family. Christian disconnects with his grandfather (Bob Revere) as they both are going through the pain of losing a Dad and the loss of a son by Bob. In this beautiful story of love and forgiveness, they discover a way to unite and to make a difference in their community by claiming their freedom of expression…

END_OF_DOCUMENT_TOKEN_TO_BE_REPLACED

Lukas (Marius Jampolskis) is assisting a scientific research team by functioning as a patient in a series of heavily monitored (and medicated) sensory deprivation experiments wherein he is attempting to make some form of contact with the subject, Aurora (Jurga Jutaite), a young woman who has been locked in a comatose state for some time. Doctors initially hope for just a vague reaffirmation of consciousness, but the experiment takes an unexpected twist when Lukas and Aurora actually develop a strong psychic link in their mutually altered forms of consciousness…and their link quickly evolves into a romantic, sexually charged relationship. As Lukas hides this data from his researchers, he and Aurora meet secretly and passionately in a series of surreal dreamscapes created by their collective minds, but their union is tragically doomed to collapse around them. Exploring the tantalizing possibilities of forming a true, all-encompassing bond with one s lover, Vanishing Waves is hypnotic, erotic, wholly engrossing, and wildly thought-provoking cinema that transcends any perceived limitations of the science fiction genre, becoming one of the year s most provocative films in the process.

END_OF_DOCUMENT_TOKEN_TO_BE_REPLACED

Don’t let the simplistic poster deceive you! This film is the one of Lucio Fulci films that was so controversial  that it was BANNED in many countries and reportedly didn’t even make a profit!

Italian shock maven Lucio Fulci directed this effort, undoubtedly one of his seediest and most offensive films. A serial killer prowls the streets of New York, preying strictly on women and butchering them in the most sadistic ways (usually starting at the crotch). The cops are always several steps behind the killer, who uses a Donald Duck voice to taunt them (and his prospective victims) over the phone. It’s all pretty misogynistic, violent, and brutal, and adds up to an unsavory viewing experience. That said, the plot hangs together fairly well (better than in much of the giallo genre), and Fulci’s camera work and editing are topnotch.

END_OF_DOCUMENT_TOKEN_TO_BE_REPLACED

Set in Catalonia, Painless weaves two stories: in one, starting during the Spanish Civil War and running through to the ’60s, an asylum attempts to rehabilitate children who feel no pain, by teaching them physical suffering. In the second, in the present time, a brilliant neurosurgeon who needs a bone marrow transplant, discovers this dark past when he searches for his biological parents.

END_OF_DOCUMENT_TOKEN_TO_BE_REPLACED

Cathy (Maui Taylor), a young and innocent freshman, had a crush on senior hunk, Nick, the campus’ basketball star. One day, he came to her and asked her to have dinner and drive her home. One thing led to another until she ended up giving her virginity not knowing that he made a bet with his friends. He dumped her right after he got what he wanted without any explanation.

END_OF_DOCUMENT_TOKEN_TO_BE_REPLACED

Leigh (Kristen Bell) is almost 30, and living a seemingly perfect life in New York. But when her career and love life both come crashing down, she flees to her suburban hometown and regresses right back into teenage life – behavior. She moves into her old room with her parents, hangs around with friends who never left town, and reclaims her high school job as a condo-complex lifeguard. But as Leigh enjoys shirking off adult life and responsibilities, and enters into an illicit affair, she begins a chain reaction that affects those closest to her.

END_OF_DOCUMENT_TOKEN_TO_BE_REPLACED

Hawaii doesn’t have its own state police force but the Governor has set up a special task force, which becomes known as “Five-0”, to investigate serious crimes on the islands. Reserve Naval officer Steve McGarrett heads the team with Danny Williams as his second in command and together they tackle a range of crimes with more far-reaching consequences than those dealt with by HPD, including terrorism and serious organized crime.

END_OF_DOCUMENT_TOKEN_TO_BE_REPLACED

A hard-working lawyer, attached to his cell phone, can’t find the time to communicate with his family. A couple is drawn into a dangerous situation when their secrets are exposed online. A widowed ex-cop struggles to raise a mischievous son who cyber-bullies a classmate. An ambitious journalist sees a career-making story in a teen that performs on an adult-only site. They are strangers, neighbors and colleagues and their stories collide in this riveting dramatic thriller about ordinary people struggling to connect in today’s wired world.

END_OF_DOCUMENT_TOKEN_TO_BE_REPLACED

The film follows young attorney Harley Roberts (Woodward) and darkly mysterious apartment supervisor Rommel Stanton (Oberst) as the bodies of several young women begin to appear in Robert’s apartment. The highly anticipated thriller was written by Pia Cook, who was a co-writer on Finders Keepers, and is working with Woodward on several other projects.

END_OF_DOCUMENT_TOKEN_TO_BE_REPLACED 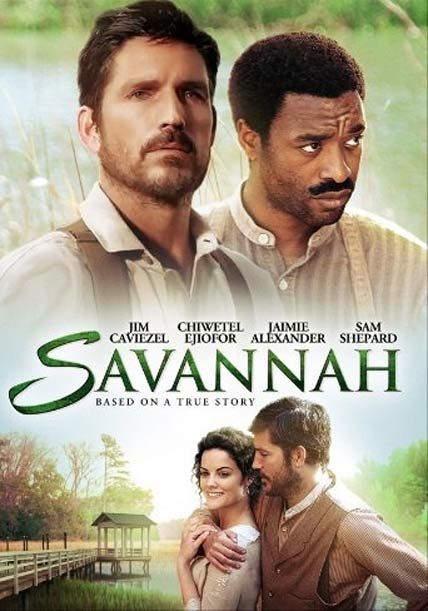 SAVANNAH is the true story of Ward Allen, a romantic and bombastic character who rejects his plantation heritage for the freedom of life on a river. Ward navigates the change of early 20th century America on the wrong side of the law and society, his loyal friend, a freed slave named Christmas Moultrie, at his side. Master of Shakespeare, and the shotgun that provides Savannah’s markets with fowl, Ward fights for his rights as a hunter. His charisma and eloquent rhetoric win the heart of a society woman who defies her father to marry him. An elderly Moultrie tells the story of life on the river with his friend to a little boy, who passes the legendary Ward Allen down to the next generation.

END_OF_DOCUMENT_TOKEN_TO_BE_REPLACED

Badges Of Fury, a crime thriller featuring one hell of a martial arts trio with Jet Li (needs no introduction), Collin Chou (The Matrix Reloaded, Flashpoint) and Wu Jing (SPL / Kill Zone) in the lead roles. When a spate of eerie murders erupts across HK two troublemaking cops are assigned to the case. Young maverick WANG and grizzled vet HUANG who is fed up with his reckless younger partner always landing them in hot water. Reaching a dead end after discovering all the victims were former boyfriends of aspiring starlet LIU, the detectives must play a deadly game. One of them must go undercover as Liu’s lover to lure the killer out. Li, Chou and Wu are three of the finest screen fighters in the world and with Kung Fu Hustle and Crouching Tiger vet Po Chu Chui in the producer’s chair here’s betting they’re put to good use …