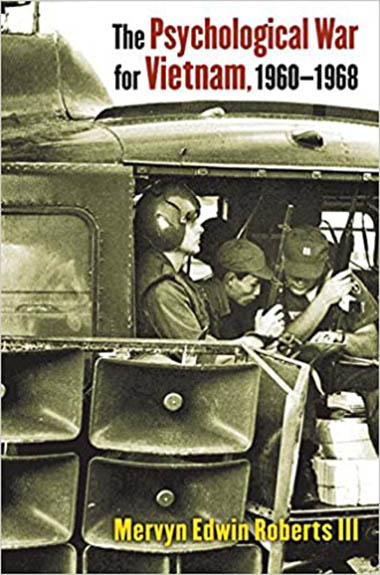 The Psychological War for Vietnam, 1960–1968, for the first time fully explores the most sustained, intensive use of psychological operations (PSYOP) in American history. In PSYOP, US military personnel use a variety of tactics—mostly audio and visual messages—to influence individuals and groups to behave in ways that favor US objectives. Informed by the author’s firsthand experience of such operations elsewhere, this account of the battle for “hearts and minds” in Vietnam offers rare insight into the art and science of propaganda as a military tool in the twentieth century.

END_OF_DOCUMENT_TOKEN_TO_BE_REPLACED 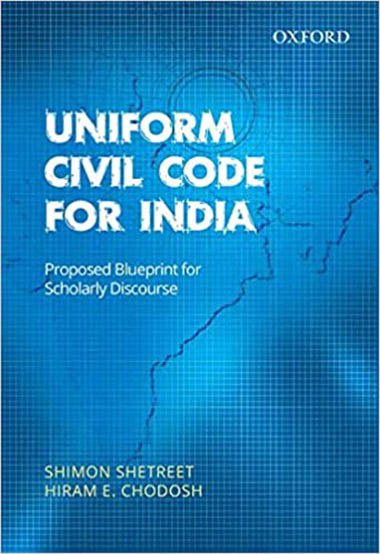 Article 44 of The Constitution of India, provides that ‘The State shall endeavor to secure for the citizens a Uniform Civil Code throughout the territory of India.’ Even after more than six decades, this anticipated code has not been developed or implemented. This book provides a blueprint
for alternative frameworks and courses of action, drawing on lessons from comparative context to develop a Uniform Civil Code for India. It explores the interplay between issues of law, culture, and religion in light of various intra-community and inter-community disputes.

END_OF_DOCUMENT_TOKEN_TO_BE_REPLACED

Thinner, bigger, faster, stronger…
Is it possible to: Reach your genetic potential in 6 months? Sleep 2 hours per day and perform better? Lose more fat than a marathoner by bingeing? Yes, and much more.
Join author Tim Ferriss as he shares the incredible experiments he’s done over 10 years to beat genetics and achieve the impossible … for himself and more than 200 men and woman aged 18 to 70.

END_OF_DOCUMENT_TOKEN_TO_BE_REPLACED

Against the Masses: Varieties of Anti-Democratic Thought since the French Revolution 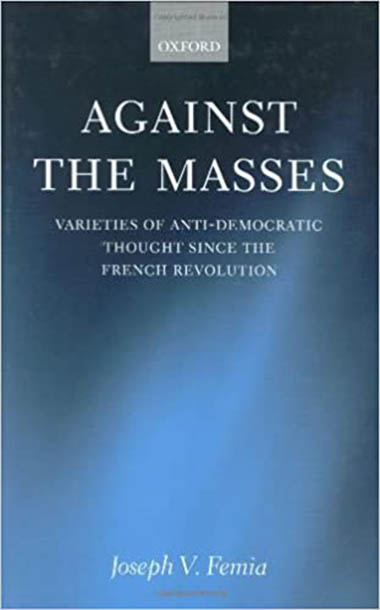 Given the assumption that democracy is a “good thing,” the goal of humankind, it is easy to forget that “rule by the people” has been vehemently opposed by some of the most distinguished thinkers in the Western tradition. This book attempts to combat collective amnesia by systematically exploring and evaluating anti-democratic thought since the French Revolution.

END_OF_DOCUMENT_TOKEN_TO_BE_REPLACED

Biology Cultivation and Applications of Mushrooms 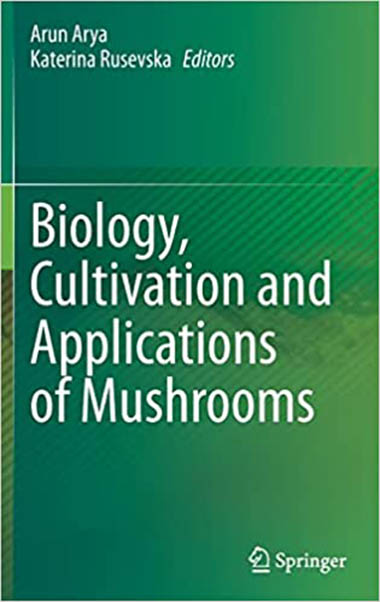 The edited book consolidates information for profitable commercial cultivation of medicinal mushrooms. The book suggests a large number of substrates to the growers for use in commercial cultivation of Mushrooms. It also elucidates the conservation of wild endangered medicinal mushrooms. Mushrooms are the fungal fruiting bodies which can be seen by naked eyes and collected by hands. These are extremely heterogeneous organisms characterized by high levels of species diversity and are widespread in all environments. Researches conducted by score of mycologists and biotechnologists, have resulted in the continuous discovery of new species and the variability of environments where fungi can be harvested, including air, space the seabed. The fields of applications are unfolding a panorama of uses in varied fields, ranging from agriculture, bioremediation, forestry, food, cosmetics, medical, and in pharmaceutical sectors. The book comprises of three parts, first mentions their applications in Ayurvedic and traditional system of Chinese medicine for the cure of ailments. The truffles are delicious, while many others are recommended, as cure in deadly diseases like cancer, COVID-19, and HIV, as well as memory and longevity enhancer. Lentinus, Ganoderma, and Cordyceps are considered good as antioxidant and cure for inflammation. Second part deals with their occurrence in different habitats and seasons and their biology. Enzymes and mechanisms involved in biodegradation and anatomical details of rotting wood. The third part brings about the need of mushroom technology in improving rural economy. This book is a useful read for researchers and students in agriculture, agronomy and researchers working on mushrooms. “‹

END_OF_DOCUMENT_TOKEN_TO_BE_REPLACED

Mexico is known worldwide for its variety of distinct flavors when it comes to traditional cuisine.
Within this cookbook, you will discover the finest recipes for classic Mexican dishes, which include; burritos, paella, quesadillas guacamole, flautas, molletes, chilaquiles and enchiladas.
You will also be shown the best way to prepare authentic party food and drinks, such as appetizers, sauces, soups, salads, tomato chili margaritas, and many refreshing non-alcoholic drinks.

END_OF_DOCUMENT_TOKEN_TO_BE_REPLACED 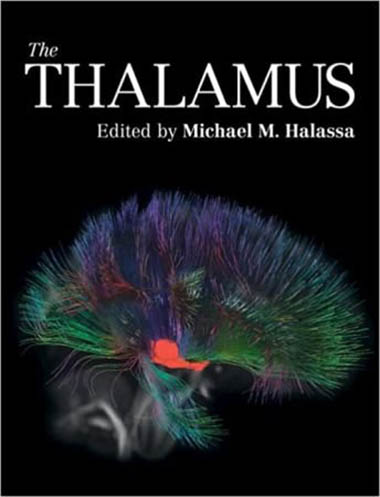 The thalamus is a key structure in the mammalian brain, providing a hub for communication within and across distributed forebrain networks. Research in this area has undergone a revolution in the last decade, with findings that suggest an expanded role for the thalamus in sensory processing, motor control, arousal regulation, and cognition. Moving beyond previous studies of anatomy and cell neurochemistry, scientists have expanded into investigations of cognitive function, and harness new methods and theories of neural computation. This book provides a survey of topics at the cutting edge of this field, covering basic anatomy, evolution, development, physiology and computation. It is also the first book to combine these disciplines in one place, highlighting the interdisciplinary nature of thalamus research, and will be an essential resource for students and experts in biology, medicine and computer science.

END_OF_DOCUMENT_TOKEN_TO_BE_REPLACED

The Stage Works of Philip Glass (Composers on the Stage) 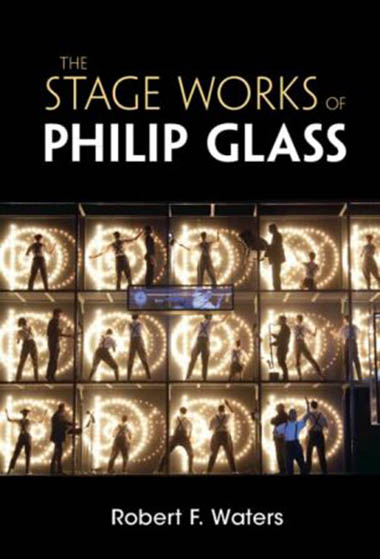 The Stage Works of Philip Glass is the first publication to exclusively examine Glass’s stage works from 1976 to the present day. Glass, who is regularly acclaimed as the most popular living classical composer, created stage works that have had a mesmerizing effect on younger generations. Robert Waters analyses Glass and his music for the theatre in the context of other composers interested in so-called minimalist features. His discussion includes three introductory chapters that address the validity versus invalidity of terms such as minimalism, post-minimalism, postmodernism, and neo-Romanticism, together with a brief overview of Glass’s life and works. Waters examines the different types of theatre responsible for Glass’s impact, including Robert Wilson’s Theater of Images. He sheds light on Glass’s philosophy regarding staging, text, and other theatrical components, which includes a defiance of conventional narrative, visual and aural dissociation as a theatrical technique, and deconstructionist concepts.

END_OF_DOCUMENT_TOKEN_TO_BE_REPLACED 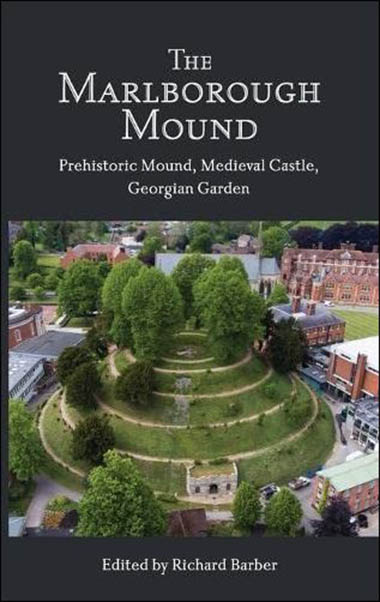 Marlborough Mound, standing among the buildings of Marlborough College, has attracted little attention until recently. Records showed it to be the motte of a Norman castle, of which there were no visible remains.

The local historians and archaeologists who had investigated it had found very little in the way of archaeological evidence beyond a few prehistoric antler picks, the odd Roman coin, and a scatter of medieval pottery. It was to be archaeology which provided the most dramatic discovery after the Mound Trust began to restore the mound in 2003. English Heritage were investigating Silbury Hill, and arranged to take cores from the Mound for dating purposes. The results were remarkable, as they showed that the Mound was almost a twin of Silbury Hill and therefore belonged to the extraordinary assembly of prehistoric monuments centred on Stonehenge.

For the medieval period, this book brings together for the ï¬rst time all that we know about the castle from the royal records and from chronicles. These show that it was for a time one of the major royal castles in the land. Most of the English kings from William I to Edward III spent time here. For Henry III and his queen Eleanor of Provence, it was their favourite castle after Windsor. It marks the end of the ï¬rst stage of the work of the Mound Trust, which, following the restoration, turns to its second objective of promoting public knowledge of the Mound based on scholarly research.

As to its ï¬nal form as a garden mound next to the house of the dukes of Somerset, in the eighteenth century, this emerges from letters and even poems, and from the recent restoration. Much of this has been slow and painstaking work, however, involving the removal of the trees which endangered the structure of the Mound, the recutting of the spiral path and the careful replanting of the whole area with suitable vegetation. By doing this, the shape of the Mound as a garden feature has re-emerged, and can now be seen clearly.

This book marks the end of the ï¬rst stage of the work of the Mound Trust, which, following the restoration, turns to its second objective of promoting public knowledge of the Mound based on scholarly research.

END_OF_DOCUMENT_TOKEN_TO_BE_REPLACED 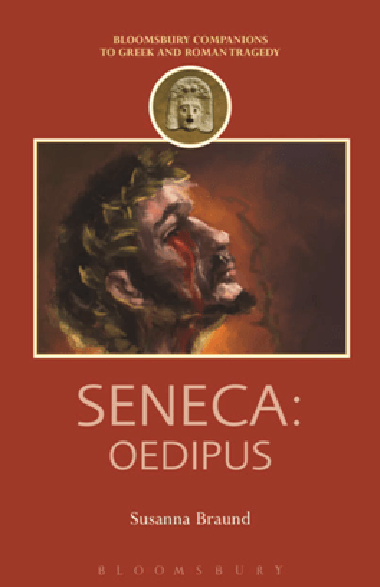 Oedipus, king of Thebes, is one of the giant figures of ancient mythology. Through the centuries, his story has inspired works of epic poetry, lyric poetry, tragedy, opera, a gospel musical and more. The myth has been famously deployed in psychology by Sigmund Freud. It may not be too bold to claim that Oedipus is the name from Greco-Roman mythology best known beyond the academy at the present time, thanks to Freud’s famous phrase ‘the Oedipus complex’. The most famous version of the Oedipus myth from antiquity is the Greek play by Sophocles. But there is another version, the Latin drama by the Roman philosopher and politician Seneca.

Seneca’s version is an entirely different treatment from that of Sophocles and reflects concerns special to the author and his Roman audience in the first century AD. Moreover, the play actually exercised a much greater influence on European literature and thought than has usually been suspected. This book offers a compact and incisive study of the multi-faceted Oedipus myth, of Seneca as dramatist, of the distinctive characteristics of Seneca’s play and of the most important aspects of the reception of the play in European drama and culture. The scope of the book ranges chronologically from Homer’s treatment of Oedipus myth in the Odyssey down to a twenty-first century Senecan treatment by a Lebanese Canadian dramatist. No knowledge of Latin or other foreign languages is required.

END_OF_DOCUMENT_TOKEN_TO_BE_REPLACED 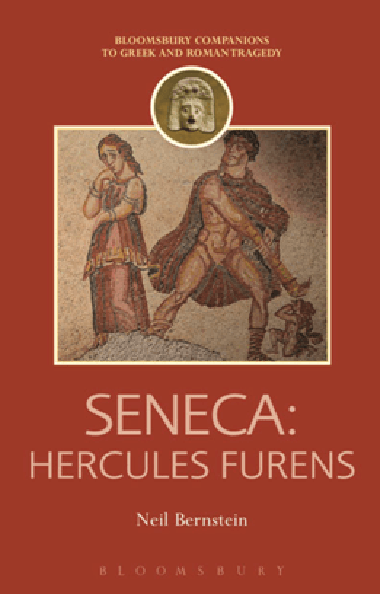 Hercules is the best-known character from classical mythology. Seneca’s play Hercules Furens presents the hero at a moment of triumph turned to tragedy. Hercules returns from his final labor, his journey to the Underworld, and then slaughters his family in an episode of madness. This play exerted great influence on Shakespeare and other Renaissance tragedians, and also inspired contemporary adaptations in film, TV, and comics. Aimed at undergraduates and non-specialists, this companion introduces the play’s action, historical context and literary tradition, critical reception, adaptation, and performance tradition.

END_OF_DOCUMENT_TOKEN_TO_BE_REPLACED

Intelligent Techniques for Efficient Use of Valuable Resources: Knowledge and Cultural Resources 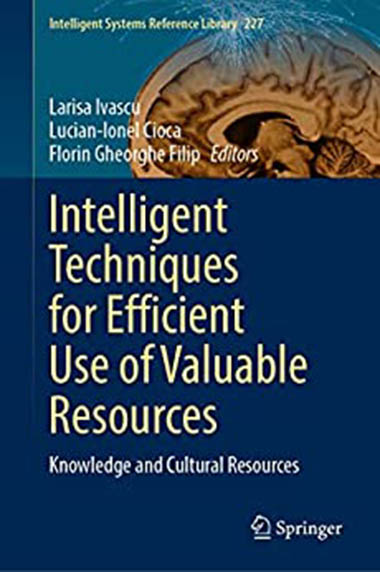 The book aims at presenting a multidisciplinary view meant to illustrate several significant efforts and results about the contribution of information technologies to make available new resources and enable rationally usage the existing ones in the context of the ever-growing trends to use ever more resources. Authors from various countries have been invited to contribute so that a rather broad and balanced image about the current trends and recent results obtained could result. The proposed book addresses methodologies and information technology-based tools and systems designed for the efficient use of diverse resources such as manpower and human knowledge, natural resources including water, raw materials and end of life products, financial assets, datasets, and even cultural goods. The book is organized in ten chapters. It is intended to be insightful for researchers, instructors, and planers from various domains. It can also be used as an auxiliary material for postgraduate studies in applied informatics, business administration, industrial engineering, engineering and management, computer, and digital humanities.