On the night his favorite MMORPG is scheduled to be shut down, veteran player Momonga stays logged in until the clock hits zero. The screen goes dark for only a few moments before he finds himself completely immersed in the online world of Yggdrasil. Left with all of his character’s devastating powers, total dominion over his loyal NPCs, and nothing better to do Momonga decides to try his hand at taking over the world.

END_OF_DOCUMENT_TOKEN_TO_BE_REPLACED

Traveling in search of the rare ingredient, “sky fish” Meliodas and Hawk arrive at a palace that floats above the clouds. The people there are busy preparing a ceremony, meant to protect their home from a ferocious beast that awakens once every 3,000 years. But before the ritual is complete, the Six Knights of Black – a Demon Clan army removes the seal on the beast, threatening the lives of everyone in the Sky Palace.

END_OF_DOCUMENT_TOKEN_TO_BE_REPLACED

The year is 2071. Following a terrorist bombing, a deadly virus is released on the populace of Mars and the government has issued a 300 million woo-long reward, the largest bounty in history, for the capture of whoever is behind it. The bounty hunter crew of the spaceship Bebop; Spike, Faye, Jet and Ed, take the case with hopes of cashing in the bounty. However, the mystery surrounding the man responsible, Vincent, goes deeper than they ever imagined, and they aren’t the only ones hunting him. The original creators of the virus have dispatched Electra to deal with Vincent and take out anyone who may stumble on the truth behind him. As the hunt for the man with no past and no future continues to escalate, they begin to question what about the world is reality and what is a dream as the line between sanity and insanity becomes more apparent.

END_OF_DOCUMENT_TOKEN_TO_BE_REPLACED 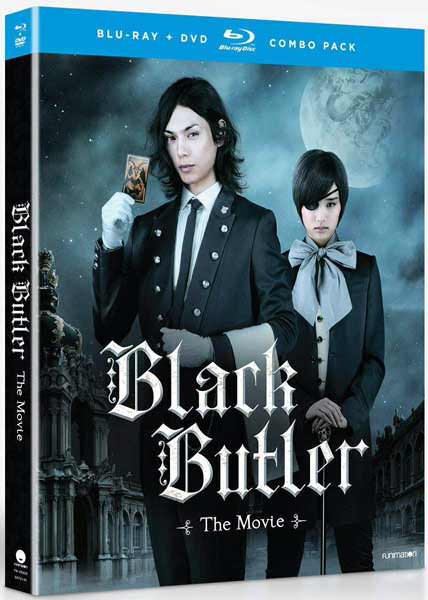 This story is about a young 13 year old boy named Ciel Phantomhive. Ever since his father and mother was killed in a fire, he was going into darkness being used for a ritual, unroll he summons a demon, as they made a contact which was if Ciel gets his revenge then the demon shall have his soul. What adventures wait them? You must see for your self. Sebastian never lies.

END_OF_DOCUMENT_TOKEN_TO_BE_REPLACED

The killer class is back in session—sort of. Relive every moment that made you laugh, cry, and kept you on the edge through the eyes of the top two students: Nagisa and Karma! It’s been some time since Nagisa and Karma were a part of the assassination classroom. Like the rest of Class 3-E, they’ve grown and followed their own paths. But no matter how much time has passed, they’ll still remember their time with Koro Sensei and the lessons he taught them. Walking around their old classroom, the two former students reminisce about the time they spent in Class 3-E and the crazy events that went down. From the minute Koro Sensei first stepped into the classroom down to their final moments—this is a look back at the adventures of assassins in training!

END_OF_DOCUMENT_TOKEN_TO_BE_REPLACED

All Might and Deku accept an invitation to visit a floating man-made city called I Island where they meet a girl and battle against a villain who takes the island hostage.

END_OF_DOCUMENT_TOKEN_TO_BE_REPLACED

In the distant future, boxers fight matches while wearing powered exoskeletons on their arms known as Gears, and the sport is now known as Megalo Box. The Shirato Corporation, the company that invented Gear, announces that to prove the potential of Gear technology, they will host a tournament called Megalonia: a worldwide competition where anyone can enter and win untold riches. A young outlaw only known as Junk Dog, who is used to fighting in underground boxing matches, is not interested in fighting in such a tournament… but at the same time, he wishes to fight a real battle instead of purposely losing the fixed matches.

END_OF_DOCUMENT_TOKEN_TO_BE_REPLACED

In the early 1980s, an armed rebellion breaks out in the fictional Middle Eastern kingdom of Asran. Fighter pilots from all over the world are being hired as mercenaries, or even shanghaied on occasion, by both sides of the conflict to fly and fight for them. One of the locations where Asran’s government sends its mercenaries is Area 88, a secret military airbase surrounded by desert and close to the frontline, where they must live and can never leave it. Since every pilot has his or her own unique fighter jet, the airbase often looks like it’s hosting an exhibition of various real-life fighter planes from all over the world. There are only three ways for a government-hired mercenary pilot to quit this war – complete a three year contract as a mercenary, pay a fine of one and a half million US dollars, which is an improbable but not impossible feat, since every confirmed kill can bring up to 75 grand in rewards to the pilot responsible, or try to escape, although desertion is punished.

END_OF_DOCUMENT_TOKEN_TO_BE_REPLACED

When the first Evangelion feature, Death and Rebirth, proved no more satisfying than the last episodes of the original series, Hideaki Anno brought his watershed epic to its conclusion in this final installment. End of Evangelion begins where the series ended: with the Angels defeated, the sinister cabal SEELE attacks NERV headquarters to seize the Evas and realize their plan for humanity. Misato and Ritsuko fight from inside while Asuka decimates a new Eva series. But when Rei merges with Lilith, and Shinji seems to fuse with Unit 01, the final traces of a coherent storyline dissolve into a protracted collage of fantastic images, played against discussions involving Rei, Shinji, Asuka, and Kaoru. Anno’s dazzling apocalyptic vision forms a weird but oddly logical finale that ultimately means whatever the viewer chooses to read into it.

END_OF_DOCUMENT_TOKEN_TO_BE_REPLACED

Genki is a young teen boy who gets zapped into an alternate world called Monster Rancher (Monster Farm in the Japanese version) where he must stop the evil Moo which can only be done by reviving the Phoenix, along his journey he befriends new Monsters and a girl named Holly.

END_OF_DOCUMENT_TOKEN_TO_BE_REPLACED

A young priestess has formed her first adventuring party, but almost immediately they find themselves in distress. It’s the Goblin Slayer who comes to their rescue—a man who’s dedicated his life to the extermination of all goblins, by any means necessary. And when rumors of his feats begin to circulate, there’s no telling who might come calling next…

END_OF_DOCUMENT_TOKEN_TO_BE_REPLACED

Humanity is under attack by human-mimicking flesh-eating alien parasites. One parasite bonds with his young high school student host, and he convinces the parasite to help him stop the others.