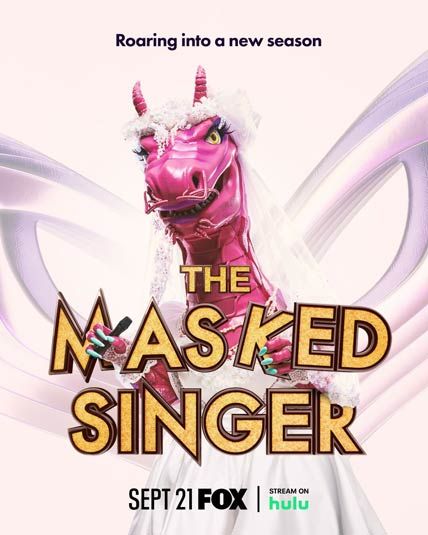 Based on an international hit, which already is a viral phenomenon with more than half a billion fans worldwide, and the No. 1 top-trending video of 2017 on YouTube, The Masked Singer features celebrities facing off against one another with one major twist: each singer is shrouded from head to toe in an elaborate costume, complete with full face mask to conceal his or her identity. Ken Jeong, Jenny McCarthy, Nicole Scherzinger and Robin Thicke serve on the panel and play detective, alongside host Nick Cannon.

Season 8, Episode 01 – “A Royal Season Premiere”
TV’s favorite guessing game returns with 22 new singers and an all-new twist: each week only one secret singer will move on as King or Queen, while the rest will be unmasked. Who will be revealed and who will reign supreme?

Season 8, Episode 02 – “Vegas Night”
Viva Las Vegas! Complete with The Blue Man Group and jugglers, the best performers in Sin City visit the show and welcome two new celebrity singers for their first performances of the season. Who will be the King or Queen of the episode?

Season 8, Episode 03 – “TV Theme Night”
An episode full of nostalgia as two new celebrity singers enter the competition and perform iconic theme songs from TV shows throughout history. The stakes are higher than ever as the crowning King or Queen of the episode will head straight to the semifinals.

Season 8, Episode 06 – “90s Night”
Reminiscing over one of America’s most popular decades: the 1990s. The stakes are higher than ever as the winning contestant from this episode will head straight to the Semifinals.

Season 8, Episode 10 – “Battle of the Semi Finals”
The contestants participate in a three-way battle; one contestant is eliminated and the remaining two advance to the finals.

we get this : File Not Found /The file you were looking for could not be found, sorry for any inconvenience. I try a couple time always the same. Thanks Cashmir