The Descent of the Soul and the Archaic: Katábasis and Depth Psychology Old Skool Love Songs
Aug 06 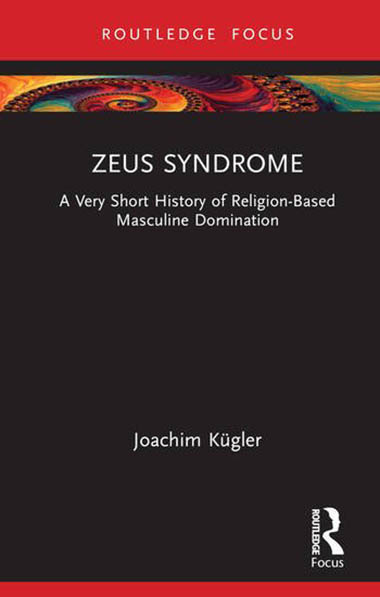 Zeus Syndrome: A Very Short History of Religion-Based Masculine Domination is a critical assessment of the biblical concepts of gender hierarchy and the intersection of sex/gender, power, and religion.

Starting with #MeToo and the abuse of religious power in the Catholic Church, it also presents a concise selection of historical case studies. In doing so, the book demonstrates how a specific construction of the relationship between sex/gender, power and religion not only excludes women and every person conceived as feminine or effeminate from power but also produces – almost automatically – a rape culture, which uses and excuses violent sexuality as an appropriate manifestation of masculine power. Biblical studies is increasingly interdisciplinary and frequently focuses on contextualising the reading of biblical texts. This volume focuses on how

The Bible is intertwined with other religio-cultural traditions in the Mediterranean world
Biblical and extra-biblical ancient concepts of gender hierarchy have left traces in the cultural memory, particularly of the Western world
The Bible is received and applied in the contemporary world, above all in the politics, news media, and churches of Western post-Christian societies and African Christianity
Throughout this text, religious history and biblical tradition are linked with recent conflicts to show how traces of these concepts continue to resonate and influence the world of today even in post-Christian societies.