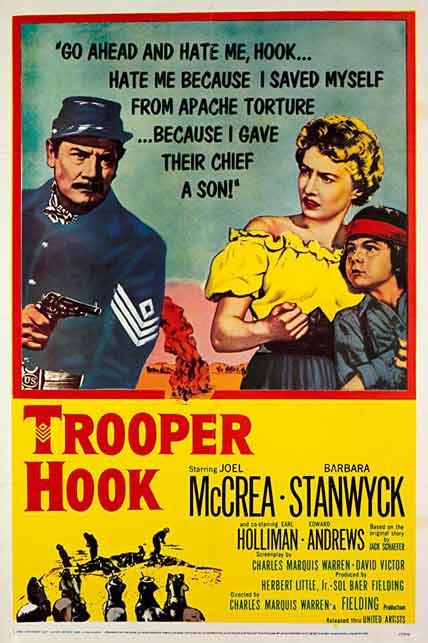 After a band of Indians kill a group of soldiers, Sergeant Hook captures them and their leader Nanches. Among the prisoners is Nanches’ son and the boy’s white mother captured by them nine years earlier. Hook’s assignment is to escort the mother and son to the woman’s husband. Traveling by stagecoach they learn that Nanches has escaped and it’s not long before he and his warriors show up intent on reclaiming the boy.