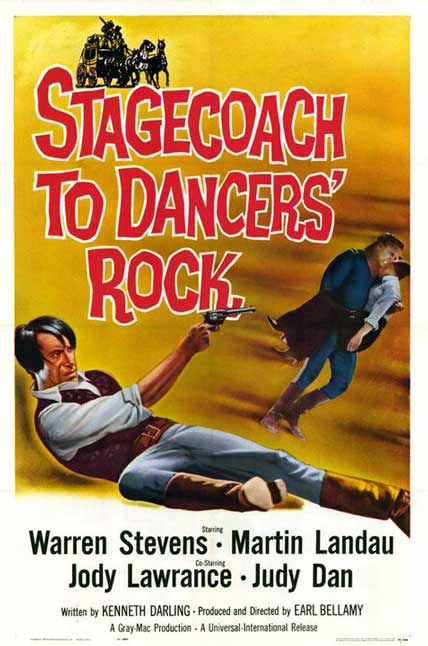 A group of passengers traveling by stagecoach in 1873 from Tucson, Arizona to Fort Yuma, Arizona. One of the passengers,, a Chinese girl, Loy Lan Yu (Judy Dan), is discovered as having contracted the dreaded smallpox and, as a result , the other passengers are forced out into the desert to fend for themselves. They include a gunfighter, Jess Dollard (Warren Stevens), a gambler,Dade Coleman (Martin Landau), and a young medical student, Ann Thompson (Jody Lawrence). Also included among that stranded are a crooked Indian agent, Hiram Best (Del Moore) and an army officer, Major John Southern (Don Wilbanks) and two other Chinese girls. Only a few survive the desert ordeal and an Indian attack.

3 Responses to this entry.

Thank you too Gary