A Warning by Anonymous – AudioBook and eBook 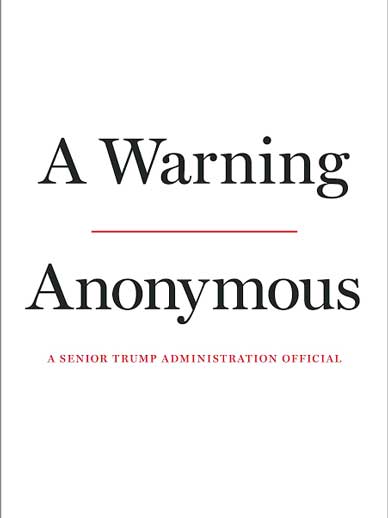 An unprecedented behind-the-scenes portrait of the Trump presidency from the anonymous senior official whose first words of warning about the president rocked the nation’s capital. On September 5, 2018, the New York Times published a bombshell essay and took the rare step of granting its writer anonymity. Described only as “a senior official in the Trump administration,” the author provided eyewitness insight into White House chaos, administration instability, and the people working to keep Donald Trump’s reckless impulses in check.

With the 2020 election on the horizon, Anonymous is speaking out once again. In this book, the original author pulls back the curtain even further, offering a first-of-its-kind look at the president and his record — a must-read before Election Day. It will surprise and challenge both Democrats and Republicans, motivate them to consider how we judge our nation’s leaders, and illuminate the consequences of re-electing a commander in chief unfit for the role.

This book is a sobering assessment of the man in the Oval Office and a warning about something even more important – who we are as a people.

2 Responses to this entry.

Thanks, MaxD and team! 🙂

Thank you too MB