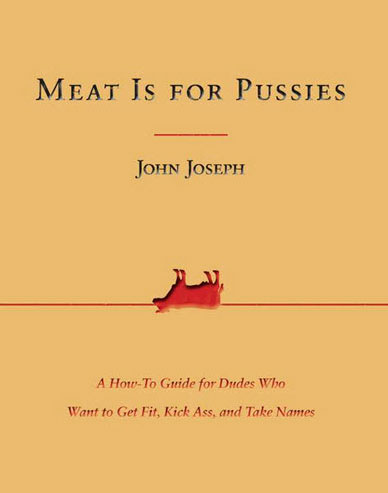 Punk rock icon John Joseph grew up on the mean streets of New York City in the 1970s. From gang fights to drug addiction, foster homes to lockups—he’s lived it all. But shifting the way he thought about food and committing to a plant-based diet is the one decision he credits with saving his life.

Today, he’s completing triathlons, keeping up with guys half his age, and still rocking with his band on world tours. In Meat Is for Pussies, he offers a no-holds-barred guide to plant-based living for every dude out there who thinks grilling burgers, eating at a steak house, or sitting down with a bucket of wings is a “guy thing.”

Joseph presents a throw-down of information, offering both personal and scientific evidence that a plant-based diet offers the best path to athleticism, strength, sexual stamina, and health. In addition to smashing the myths surrounding meat, Joseph offers a meal plan, recipes, and a workout regimen that make it easy to go plant-based and get a ripped body.